"I'm A Big Believer In That" 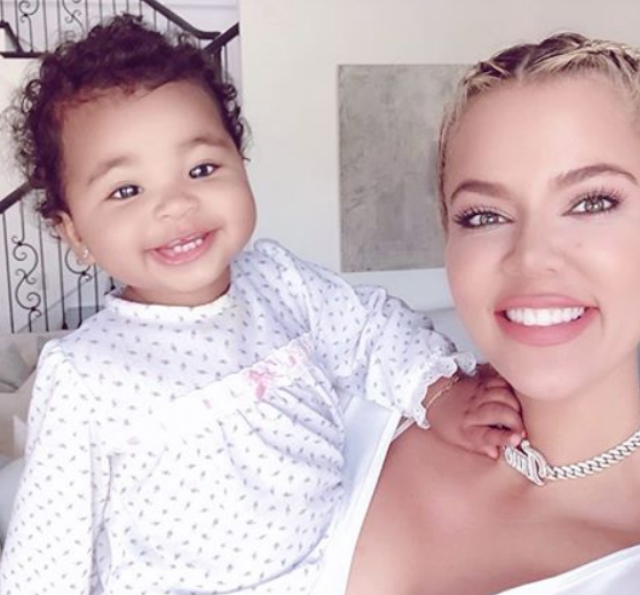 Khloe Kardashian will be the first to admit that it sucks when an intimate relationship ends. The Keeping Up With The Kardashians star, however, will not let her feelings dictate how she treats her daughter’s father, Tristan Thompson, because she believes that her baby, True Thompson, can feel the energy.

“True is like one and a month old so she doesn’t really know what’s happening, but to me, she does know,” Khloe said during a candid conversation with Laura Wasser of Divorce Sucks. “She feels energy, and I’m a big believer in that. So, I do everything in my power to not put any sort of heavy energy around her.”

Khloe Kardashian and Tristan Thompson ended their relationship for good earlier this year after Khloe learned of Tristan kissing Jordyn Woods at a party. Jordyn was a friend of the family at the time and someone who Khloe counted as a sister. Khloe did not cut off all ties from Tristan, however, since the former couple has a daughter whom they co-parent.

“There’s moments, because our personal emotions are still in there,” Khloe admitted during her talk with Laura Wasser. “For me, Tristan and I broke up not too long ago so it’s really raw and so those emotions can be heightened at times.”

Raw emotions do not override the ultimate goal of Khloe and Tristan rearing their daughter together. Such is the reason why the KUWTK star gave her daughter a birthday party that included True’s father.

“I didn’t do it because I thought she was going to remember this first party. First of all, the party, there’s like unicorns and puppies, things she doesn’t know. I could’ve got stuffed animals. It was really for me,” Khloe said. “I just wanted a happy, heavenly place, but I know that she’s gonna wanna look back at all of her childhood memories like we all do.”

The celebrity mom further explained, “I know her dad is a great person. I know how much he loves her and cares about her, so I want him to be there and it was civilized and we did it.”

True Thompson is Khloe Kardashian and Tristan Thompson’s only child together. Stay tuned for more Keeping Up With The Kardashians baby news!

EVA MARCILLE MAKES A 'MOMFESSION' ON STRAHAN AND SARA

EVA MARCILLE MAKES A 'MOMFESSION' ON STRAHAN AND SARA