Home » PARENTING » IS AYESHA CURRY, AND HER COMMENTS ABOUT WANTING MALE ATTENTION, EVERY MOM?

IS AYESHA CURRY, AND HER COMMENTS ABOUT WANTING MALE ATTENTION, EVERY MOM? 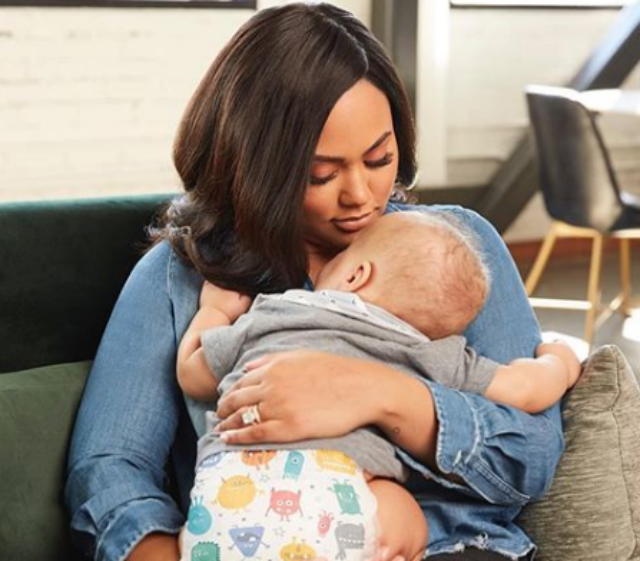 Ayesha Curry is a celebrity mom who is not afraid to voice her insecurities. The ‘Homemade’ business owner recently responded to critics who dragged her for wanting male attention outside of her husband, Stephen Curry.

This #AyeshaCurry conversation is still going strong! What’s your thoughts GODsisters? Can you relate? Comment below #GirlPlusGod 💕

“I have never been one to cage my feelings and emotions to any capacity. I am human,” Ayesha shared with her social media fans. “It brings me pure joy to speak my mind, be vulnerable at times and to know myself inside and out,” she added.

“I really want to take the time to encourage everyone to speak their truth regardless of perception, fitting into a mold or offending someone, because it’s YOUR truth,” Mrs. Curry continued. “If what I’m not afraid to say out loud about being a 30 [year-old] mama of 3 helps another woman like me feel like they’re not the alone and not the only one with an insecurity (because we ALL have them, don’t play) then that makes all of this hoopla worth it.”

The “hoopla” comes from Ayesha Curry’s recent Red Table Talk interview in which she told the ladies at the table how she felt about women swooning over her husband.

In the latest episode of #RedTableTalk, @ayeshacurry opened up on dealing with women around her husband, NBA star @stephencurry30 . Watch the full episode now, only on Facebook Watch.

“I don’t have any of that,” Ayesha said. “I have zero male attention,” she added. “And I begin to internalize that. Like, ‘Is something wrong with me?’ I’m like, ‘That’s not fair.’ I don’t want it. But it would be nice to know that someone’s talking.”

The ladies reassured Ayesha Curry that she was getting the male attention that she desired. The fact of the matter, however, was that Ayesha is married to one of the greatest basketball players of the present era. No comparison, in other words.

Some online critics scrutinized Ayesha for being a wife and mother of three children, two of whom are girls, who wanted attention from men. Others, however, understood where she was coming from.

EVERYONE needs validation from SOMEONE. Y’all weird for bashing #ayeshacurry #loveoneachother

Crystal Marie, who is both a writer and mother, delved into how she related to Ayesha after seeing the basketball player’s wife on Red Table Talk in a recent piece dedicated to Mrs. Curry’s statements.

“The critics saw a wealthy woman who previously complained about catcalls now complaining that she no longer had catcallers,” Marie wrote. “I saw a woman envisioning her stock going down and questioning her value. They saw a woman who has it all—a beautiful family, light eyes, and an enviable career, including her own line of pots and pans, whining about attention she doesn’t need anyway. I saw a mother examining herself in the mirror wondering what we all wonder—’Do I still have it?’ I saw me.”

Ayesha Curry has made it a point to teach her daughters, Ryan and Riley, that beauty flows from the inside out. Such is the reason why she was so excited to join the Cover Girl family in 2017.

When you look up at God and realize he’s eternally got your front and your back… and your heart. SO good. My Ryan just being her sweet self. Love my baby girl.

“It’s such an honor,” the celebrity mom said at the time. “I have two little girls, four and one. My four-year-old is obsessed with makeup, and not through me! All on her own. But ultimately I’m teaching her that it’s not a necessity, it’s a treat. It’s a tool that you can use to transform yourself. I think that’s important. You don’t need the makeup. It just makes you feel fun and allows you to be creative. That’s what I love about it.”

@stephencurry30 is this real life?! All glory to God for our 3 angels. I wish we could stop time just for a couple of years.

BCK Asks: Do you think Ayesha Curry’s insecurities, as expressed on Red Table Talk, is something that most moms go through? Share your thoughts!

ERYKAH BADU'S DAUGHTER, PUMA , CAN SING LIKE HER MAMA!

ERYKAH BADU'S DAUGHTER, PUMA , CAN SING LIKE HER MAMA!