To Mom, With Love 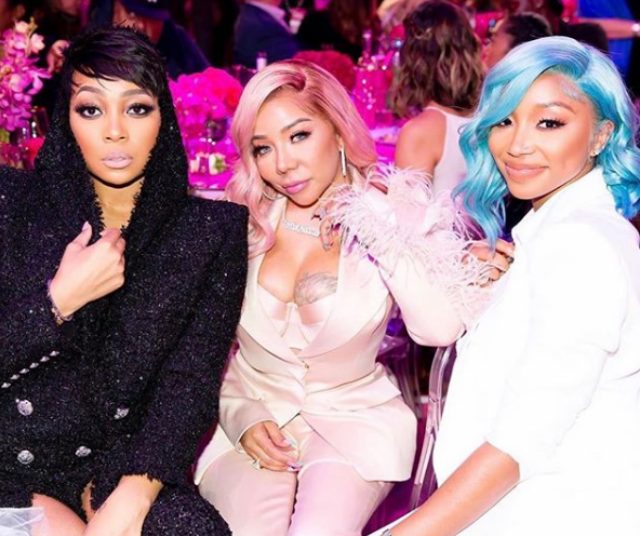 Monica, Tiny Harris, and La La Anthony were three of may celebrity moms to honor their mothers during VH1’s Dear Mama 2019 event. Keep reading to see how the stars celebrated their moms!

Monica was one of several recording artists to take the stage at this year’s event. The star mom’s tribute was quite touching as she moved the audience with her amazing voice and overall connection to the crowd. “A beautiful celebration for our mothers,” Monica told her fans.

April Ryan, journalist and political analyst, also attended the Dear Mama event hosted by VH1. The celebrity mom brought her daughters along for the show, which was quite the different side of Ryan.

KEVIN HART: ‘AS A FATHER, I’M WORRIED ABOUT THE FUTURE OF OUT NEXT GENERATION’

H.E.R. also performed at the Dear Mama 2019 event. The audience was brought to tears as the Grammy award-winning artist delivered a musical tribute to her mom, Agnes Wilson.

Grab some tissues and your mama 'cause H.E.R.'s tribute to her mother will give you ALL the feels! 🌺🌹 See @hermusicofficial, #FamilyHustle's @monicabrown and MORE perform at #DearMamaVH1 TONIGHT at 10/9c on @VH1!

VH1 does a great job of honoring moms every year with its Mother’s Day special. Anthony Anderson and La La Anthony served as hosts during this year’s event.

The sweetest part of our lives involve these three… No love like the love we share with are our children !!! @laiyahbrown @onlyheiress & @zonniquejailee

“This is the third year that I’ve hosted this, and it’s such a great night honoring moms … so many great performances,” La La told Variety at the event. “It’s just a night that’s about them and I just love to be a part of that.” La La’s mother, Carmen Surillo, sat beside her daughter at this past weekend’s event.

I had the absolute honor of honoring my mom with these beautiful young ladies! The incredibly talented @anthonyanderson & @lala Host a night to remember ♥️ Tune in tomorrow to @vh1 at 9pm for Friends & Family Hustle & Dear Mama at 10pm ♥️

“As a mom, there’s no handbook,” Anthony added. “You just have to know your child and do what you think is best,” she added. “That’s what I do with Kiyan. You have to trust your gut and go with the flow.”

KEVIN HART: ‘AS A FATHER, I’M WORRIED ABOUT THE FUTURE OF OUT NEXT GENERATION’

Kevin Hart is speaking out after the death of George Floyd, an unarmed black man...

Eddie Murphy and ex-wife Nicole Mitchell Murphy have a graduate on their hands! Nicole took...

Hill Harper has come under fire after referring to Dwyane Wade's daughter, Zaya Wade, as...

Dwyane Wade and Gabrielle Union are in celebration mode. The couple's daughter, Zaya Wade, is...