"Take Your Daughter To Work Day" 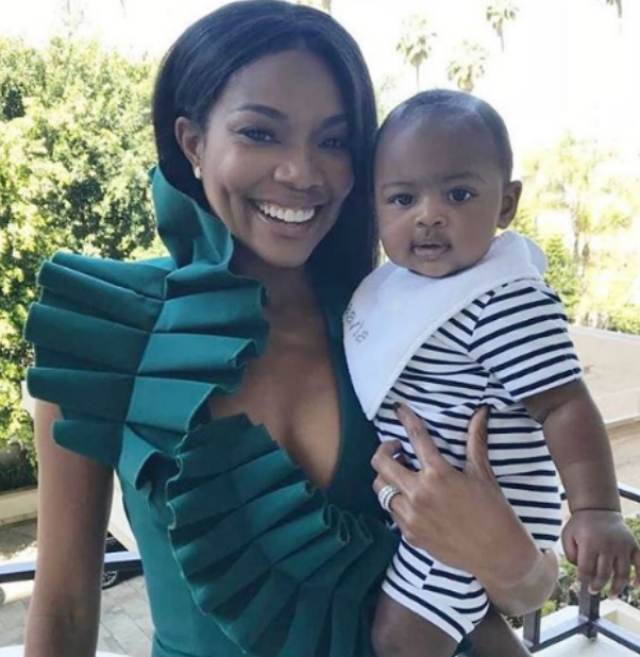 Gabrielle Union had her daughter, Kaavia James Union Wade, by her side at the L.A.’s Finest press junket in Los Angeles earlier this week. The celebrity mom was sure to share pictures of her with her little one, who has a growing Instagram fanbase of her own, online.

“Take your daughter to work day,” Gabrielle captioned underneath a series of pictures that showed her hanging out with Kaav in between press interviews. “@kaaviajames blessed the @lasfinesttv press junket,” the celebrity mom added.

Gabrielle Union co-stars alongside Jessica Alba in L.A.’s Finest. The television series is meant to be a spin-off of the hit series Bad Boys with the most significant difference being that the lead characters are women and not men.

Union and Alba have built a relationship both on and off-screen that somewhat revolves around their kids. “Every part of the house is Honest, down to the ground,” Gabrielle tells Extra. The actress, who welcomed her first child via surrogate last November, goes on to tell the press how Jessica Alba was a godsend during labor and delivery.

“[Jessica] was one of the first people I told about our journey, and Kaav was coming during the pilot,” Union explains. “When our surrogate’s water broke, I called my hairstylist ’cause I left work the day before without my work wig … and was like, ‘I need my wig!’ and I left for the hospital without everything … and Jess called and got everything.”

Jessica, who owns the popular Honest baby brand, knew how to prepare. “I had a list for everything, got it sent to the hospital because I wanted them to have their peaceful time, make sure the nursery was set up,” Alba says.

Such kindness did not go unnoticed by Gabrielle. “They had their contingency plan for my maternity leave,” she shares. “So from work, she’s running her billionaire company and she’s on set, she has a family, she is also making sure my baby had a car seat and all the necessities.”

Jessica was there to help then, and the actress continues to be a part of Kaavia’s life at the present. Alba is one of the little one’s biggest fans on Instagram. “I think I was one of the first followers,” she says of subscribing to Kaav’s social media page.

You can catch Gabrielle Union and Jessica Alba together on the small screen when L.A.’s Finest premiere’s via Spectrum’s network on May 13, 2019.