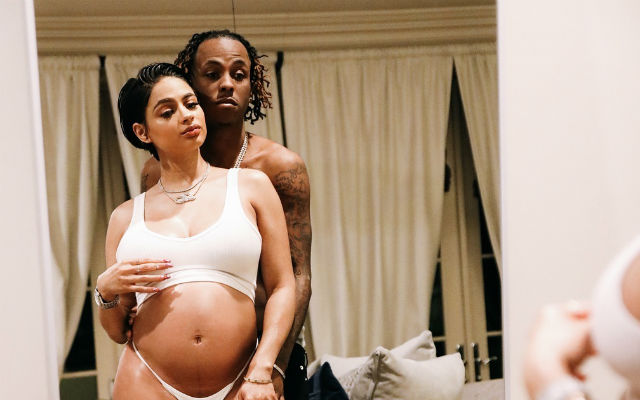 Rich The Kid, real name Dimitri Roger, and his girlfriend Tori Brixx are counting down the weeks until they welcome their baby. Earlier today, Rich The Kid shared a photo of his pregnant partner on Instagram. He simply captioned the photo, “8 months”.

In December, the couple announced that they are expecting their first child together. RTK made the announcement on social media with a picture of Tori at an ultrasound appointment. He captioned the photo with a baby, a heart, and a shushing face emoji, prompting congratulatory messages from his followers.

Meanwhile, Rich the Kid and his estranged wife, Antonette Willis, are still battling it out in court. Earlier this year, the two were embroiled in a nasty battle after Willis filed to get their marriage dissolved back in April. According to TMZ, Willis filed documents in which she claimed that RTK attacked her multiple times in their marriage and forced her to terminate pregnancies.

RTK and Antonette have 2 kids together.