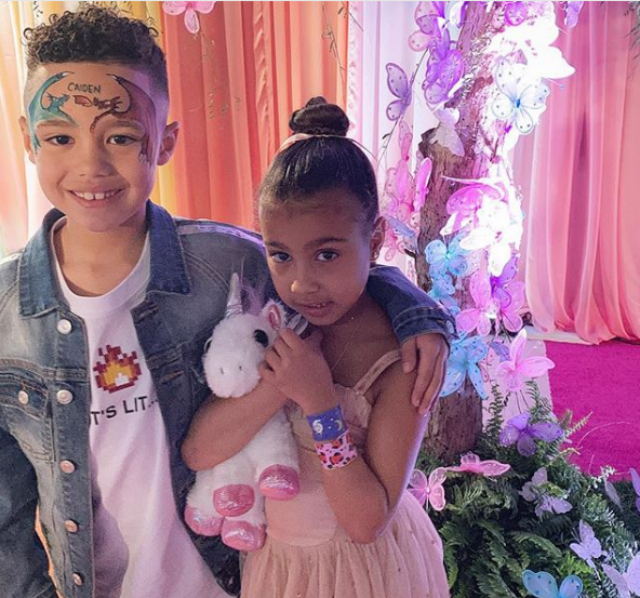 North received gifts from Tiffany & Co. from Caiden Mills. The 7-year-old also took to Instagram to express love for his alleged girlfriend. “Shout out to Northie,” Caiden’s caption read in an Instagram post from February 6, 2019. “Baby girl, I’ll see you soon,” the youngster concluded.

Some fans appreciated the relationship that North and Caiden have seemingly developed, which is clearly that of good friends. Some, however, have taken the allegations of Kim Kardashian and Kanye West’s daughter having a boyfriend to heart. “This is gross,” one of Caiden Mills’ followers said. “These are children.” Another critic wrote, “This should be cute, but it’s not – and you know why.”

Some of the scrutinies come from the fact that Caiden Mills is not old enough to control his social media account. The caption that gave a shoutout to North and referenced her as “baby girl,” then, must have come from an adult. Many suspect that Caiden’s father, rapper Consequence, is behind the gift and apparent push to make his son and North West an item. Such is the reason why some people are grossed out instead of simply amused by the budding relationship.

In any case, North West is Kim Kardashian and Kanye West’s oldest child. The couple has three kids in all and is expecting a fourth child to arrive later this year. Stay tuned for more celebrity family news!