"I Just Want To Say, Thank You, Everybody That Was Involved" 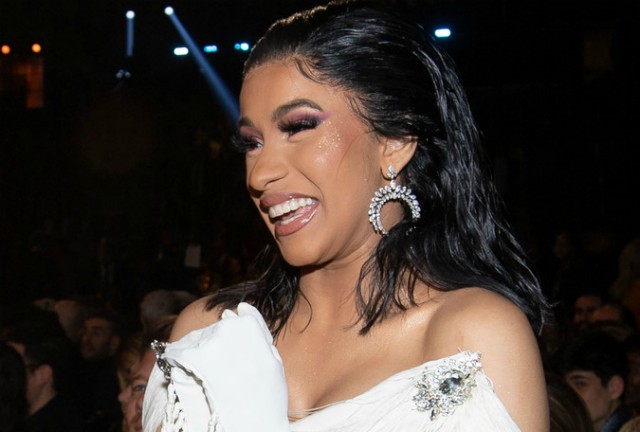 Cardi B won a Grammy Award for Rap Album of the year at the 61st Grammy Awards on Sunday (February 10) for her album, Invasion of Privacy. The ‘I Like It’ rapper was sure to thank her husband, Offset, and daughter, Kulture, for the honor.

“I just want to say, thank you, everybody, that was involved,” Cardi began her acceptance speech. “I want to thank my daughter,” she continued. “I’m not just saying ‘thank you’ because she’s my daughter,” Cardi B explained. “

“It’s because, you know, when I found out I was pregnant, my album was not complete. I had like three songs that I was for sure having [on the record]. … We was like, ‘We have to get this album done so I can shoot these videos while I’m still not showing.’ And it was very long nights.” Cardi B went on to thank fellow artists who participated in making Invasion of Privacy. The recording artist gave a special shoutout to her husband who pushed her to finish the album while pregnant. “He was like, ‘Oh you gon’ do this album, girl. We gon’ have this baby and we gon’ make this album,'” Cardi B revealed.

It was just this past weekend that Cardi B shared a video clip of baby Kulture calling her mom. “After a week of only saying papa, she saying, ‘Mama,'” Cardi B exclaimed. “Happy 7 months Kulture! We love you.”

Invasion of Privacy is Cardi B’s debut album that hit the market on April 5, 2018. The project came after Cardi’s incredibly successful single, ‘Bodak Yellow,’ which topped the Hot 100 chart for three consecutive weeks three months after making its debut.

Cardi B discussed her career in relation to her role as a mom during a recent interview with W magazine. “My baby. That’s all I give a f*ck about right now,” the recording artist said of her daughter.” Kulture is Cardi B and husband Offset’s only child together. Stay tuned for more celebrity mom news!