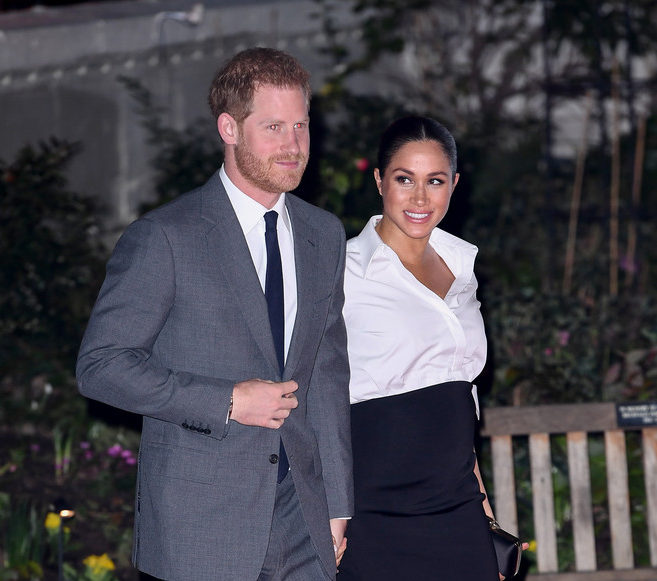 Prince Harry, Duke of Sussex and Meghan, Duchess of Sussex attend the Endeavour Fund awards at Drapers' Hall on February 7, 2019 in London, England.

Meghan Markle wed Britain’s Prince Harry in May and became pregnant shortly after.  Since that time,  the Duchess of Sussex has found herself at the center of many rumors, including ones speculating that she and the prince are expecting twins! Read below to get answers to five of your most burning questions.

Is Meghan Markle having twins?

Rumors surfaced that the Duchess of Sussex is pregnant with twins after an “inside source” reportedly placed a bet on betting site, Paddy Power.

It all started when an Irish betting company, Paddy Power, announced they would no longer take bets on the odds of the former Meghan Markle and Prince Harry having two children next spring.

Paddy Power said there had been a sudden, unusual surge of bets on the royal couple having twins. This could possibly mean that someone betting might have insider knowledge about the duchess’s pregnancy. (Source)

Meanwhile, Kensington Palace’s announcement about the royal baby stated “a baby”, which would indicate that Meghan and Prince Harry are expecting one child. “Their Royal Highnesses The Duke and Duchess of Sussex are very pleased to announce that The Duchess of Sussex is expecting a baby in the Spring of 2019.”

When is Meghan’s due date?

Is Meghan having a boy or a girl?

The gender of Meghan’s unborn baby remains unknown. News of Meghan Markle and Prince Harry’s desire to keep the gender of the child a secret spread earlier this month.

How did Meghan meet Prince Harry?

“It was definitely a set-up,” Meghan revealed during an interview. “It was a blind date,” Markle added. “I didn’t know much about him and so the only thing I had asked her when she said she wanted to set us up was, I had one question, I said ‘Was he nice?'”

Have Meghan and the prince set up their nursery?

Renovations for Meghan Markle and Prince Harry’s new home in Windsor is well underway. The nursery is definitely at the forefront of decorations, according to Royal reporter Katie Nicholl. “The nursery itself is going to be very modern,” Nicholl shares with the media. “Don’t expect to see any baby pink or baby blue,” the Royal reporter admonished. “Apparently, it’s going to be a monochrome palette—whites and grays, I’m told, will be the color theme for baby Sussex’s nursery.”

Will Meghan Markle and Prince Harry have a babysitter? What will they name their first child?