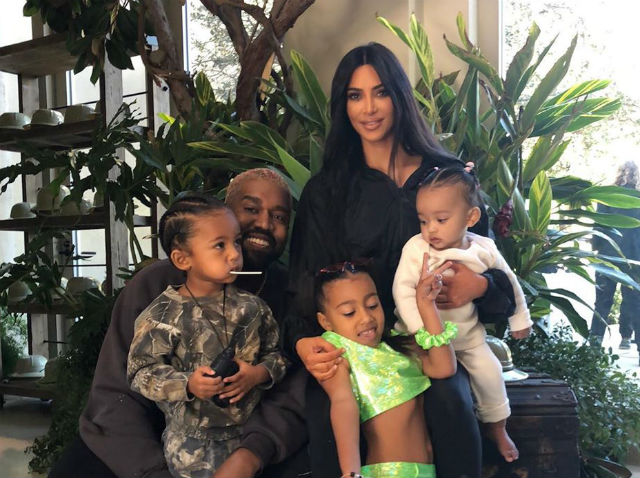 Unless you have been living under a rock, you have probably heard that Kim Kardashian and husband Kanye West are expecting another baby via surrogate. The couple are expecting their fourth child, rumored to be a baby boy, in early May. Since the baby announcement, fans have taken to the web to inquire about the surrogacy process and much more! Below are some of your burning questions answered.

How many kids does Kim Kardashian and Kanye West have and what are their names?

Why is Kim using a surrogate?

With her first pregnancy with North, Kardashian suffered from preeclampsia, which forced her to deliver at 34 weeks. She also suffered from placenta accreta after delivery, and had to have surgery to remove the placenta and the resulting scar tissue. After her second pregnancy with Saint, Kim’s doctors advised her against becoming pregnant again. The couple’s third child, Chicago, was born via a surrogate on January 15, 2018.

What is Placenta Accreta?

Placenta accreta is a high-risk pregnancy complication that occurs when the placenta grows too deeply into the uterine wall. Typically, the placenta detaches from the uterine wall after childbirth.  However, with placenta accreta, part or all of the placenta remains attached. This condition can cause severe blood loss after delivery. If the condition is diagnosed during pregnancy, you’ll likely need an early C-section delivery  and possibly surgical removal of your uterus (hysterectomy).

Who is the surrogate mother for Kim?

Sources close to the couple tell TMZ that Kim and Kanye had to hire a new surrogate for their fourth child because their previous surrogate, who carried Chicago West, was unavailable.

How does the surrogate process work?

According to WebMd, “A technique called “in vitro fertilization” (IVF) now makes it possible to gather eggs from the mother, fertilize them with sperm from the father, and place the embryo into the uterus of a gestational surrogate. The surrogate then carries the baby until birth.”