Home » NEWS » KANDI BURRUSS AND THE FAMILY VACATION IN JAMAICA

KANDI BURRUSS AND THE FAMILY VACATION IN JAMAICA

"Having So Much Fun" 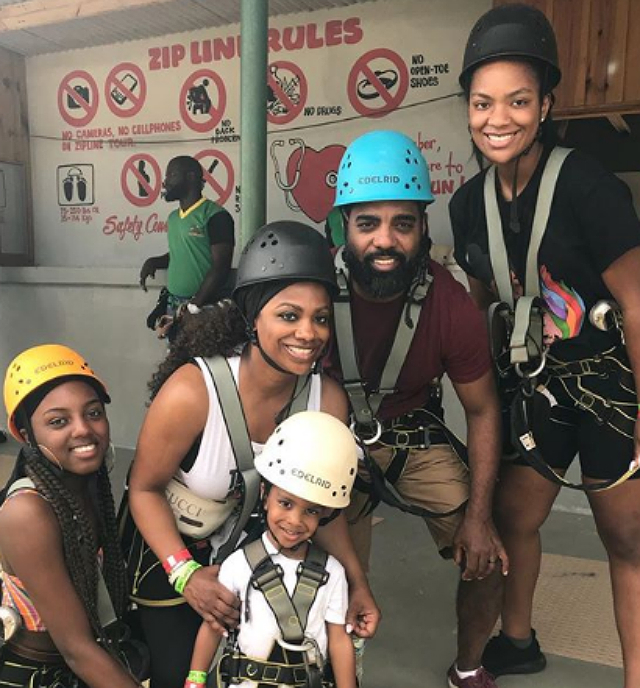 What’s better than spending the holidays in Jamaica? Kandi Burruss and her family did just that at the Grand Palladium Jamaica Resort & Spa in Lucea earlier this month. Both celebrity families took to Instagram to commemorate the fun times they enjoyed.

“I’m having so much fun with @acewellstucker,” Kandi said while vacationing in Jamaica. The Real Housewives of Atlana star also shared a series of pictures that showed her and her son, Ace Wells Tucker, having fun in the water. “He’s so handsome,” one fan said of Ace. Another of Kandi’s social media fans wrote, “Ace has gotten big, fast. He’s so handsome.” Ace is quite cute, isn’t he?

It seems like just yesterday that Kandi Burruss and Todd Tucker welcomed their son. Now, the couple is preparing to expand their family by another child via a surrogate.

“We’re moving forward,” Kandi revealed during a recent interview with Us Weekly. “We’ve decided we wanted to … get a surrogate,” the RHOA star added.

Kandi and Todd expressed desires to have another child during a dinner conversation with the family in a recent episode of Real Housewives of Atlanta. Riley Burruss, Kandi’s daughter, had a major objection to the notion of her mom and stepfather having more kids.

“No more babies,” Riley said. The teen used Kandi and Todd’s busy schedule as proof of the couple not being ready for another child.

Still, even with Riley’s advise to hold off on family expansion, Kandi told Us Weekly that she and Todd are gearing up for baby number two. “We did find someone, and right now we are in the process,” the star mom shared. “It hasn’t been done — but we’re in the process.”

Will Kandi Burruss and Todd Tucker welcome a boy or girl in coming years? We’ll have to keep watching this celebrity family to find out!