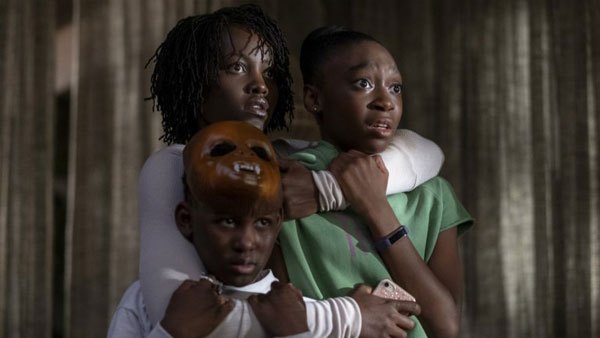 Following up on the success of Get Out, Jordan Peele is headed towards box office gold once again with his next movie, Us.

“For my second feature, I wanted to create a monster mythology,” commented Peele to Entertainment Weekly. “I wanted to do something that was more firmly in the horror genre but still held on to my love of movies that are twisted but fun.”

Details for the flick have been pretty hush hush but EW did reveal some upcoming plot info for the film:

“The story is set in the present day and follows Adelaide and Gabe Wilson (Lupita Nyong’o and Winston Duke) as they take their kids to Adelaide’s old childhood beachside home in Northern California for the summer. After a day at the beach with the Tyler family (which includes Elisabeth Moss and Tim Heidecker), Adelaide — who’s haunted by a lingering trauma from her past — becomes increasingly more paranoid that something bad will happen to her family. As night falls, the Wilsons see four figures holding hands and standing silently at the bottom of their driveway…”

Make sure to mark your calendars for March 15th. This is one movie that you don’t want to miss!

FAMILY PHOTOS: EDDIE MURPHY, CAM NEWTON, AND MORE WENT ALL OUT FOR THEIR HOLIDAY PHOTO SESSIONS