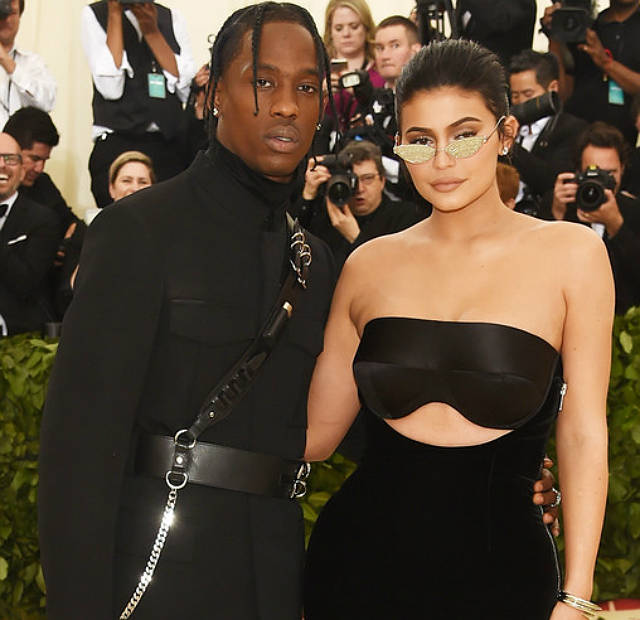 He may let her watch his concerts backstage on the monitor, but Travis Scott is in no way ready to let his and Kylie Jenner’s daughter, Stormi Scott, take in hours of television. The star dad tells Rolling Stone why he and his girlfriend have strict rules regarding TV for their daughter.

“Today’s kids are on iPads. There’s so much technology, they don’t play outside anymore,” Travis tells the media source. “With Stormi — no TV. That s—t is out,” he declares.

Scott also delves into his reaction upon learning that Kylie Jenner was pregnant. “At first I was like, ‘Man, I need a son,'” the star dad shares. “When we found out it was a girl, I was like, ‘Huhhh.’ But after a while I was like, ‘Yo, this might be the illest thing that ever happened.’ And when Stormi was born, I was like, ‘Life is fire, bro.'”

Before the fire comes the heat, which is what Travis Scott felt months before Kylie Jenner gave birth to their daughter. Now, pending Stormi Scott’s first birthday in a few weeks, the rapper is calmer and looking forward to other things like proposing to Kylie.

“We’ll get married soon,” Travis promises. “I just gotta sturdy up — I gotta propose in a fire way,” he says.

How will Travis Scott pop the question to Kylie Jenner? We’ll have to keep up with the Jenners and Kardashians to find out!

FAMILY PHOTOS: LET CAM NEWTON, NATALIE NUNN AND MORE GET YOU IN THE HOLIDAY SPIRIT

FAMILY PHOTOS: LET CAM NEWTON, NATALIE NUNN AND MORE GET YOU IN THE HOLIDAY SPIRIT