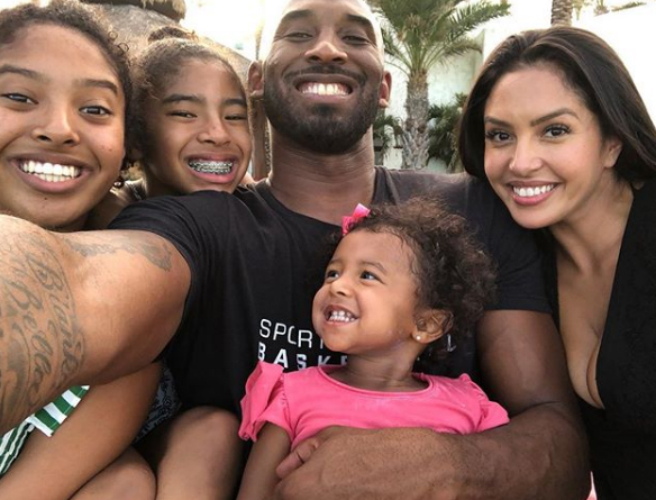 Kobe Bryant is a retired NBA player and the coach of his daughter’s basketball team. The celebrity father tells media how much the experience of directing his daughter and her team on the court differs from his time playing professional ball.

“It’s been fun,” Bryant says of coaching his daughter Gianna’s basketball team at school. “We’ve been working together for a year and a half and they’ve improved tremendously in that time,” the retired athlete adds. “I’ve got a group of great parents, a group of really, really intelligent, hardworking girls, and — they’re all seventh graders, they’re all 12 years old — but they’ve been playing so well!”

Kobe Bryant further gushes about the girls that he directs. “I play ’em up now,” the star dad shares. “They’ve been playing eighth and ninth grade, they’ve been winning tournaments. But the most important thing is they keep improving, keep getting better and they love doing it. They love being around each other.”