OPRAH AT HOME WITH GABRIELLE UNION, DWYANE WADE, AND THEIR DAUGHTER [VIDEO HIGHLIGHTS] 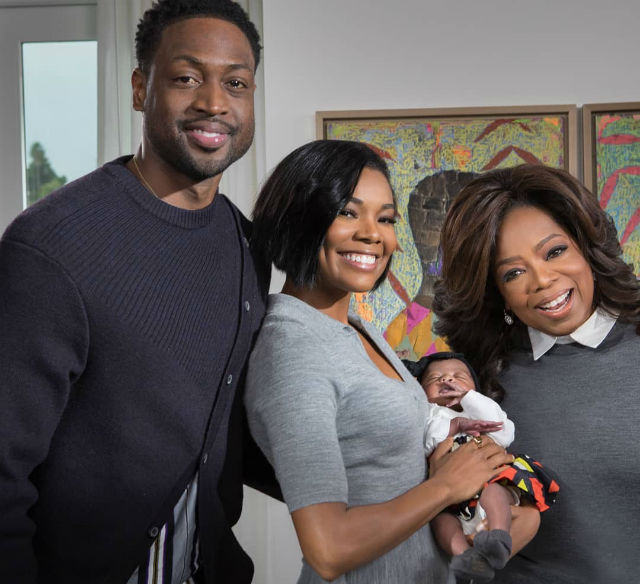 Actress Gabrielle Union and NBA star Dwyane Wade opened up about their journey to parenthood in an interview with Oprah Winfrey on Saturday (December 8th).

In the special entitled “Oprah at Home with Gabrielle Union, Dwyane Wade & Their New Baby,” Gabrielle opened up about why she chose to go public about her fertility struggles.

“So many people are suffering in silence and every time, when we’re candid and transparent about our journeys, no matter what those journeys are, you are allowing people to be seen and heard and empowered in ways that they’ve never been.”

Union and Wade welcomed their daughter, Kaavia James Union-Wade, via surrogate on November 7.

Check out video highlights from the Wades deeply personal interview with Oprah:

Gabrielle Union Speaks Out About the Stigma of Using a Surrogate

Gabrielle shares why she chose to open up to the public.

Gabrielle Union On the Condition That Caused Her Infertility

Gabrielle Union shares that Adenomyosis, a condition in which endometrial tissue grows into the uterine wall, caused her infertility. “After seeing the world’s leading IVF doctors for a number of years, i was finally correctly diagnosed with Adenomyosis.”

Gabrielle Union on Not Carrying Her Baby

Gabrielle says that she is still struggling with the fact that she did not carry her own baby.