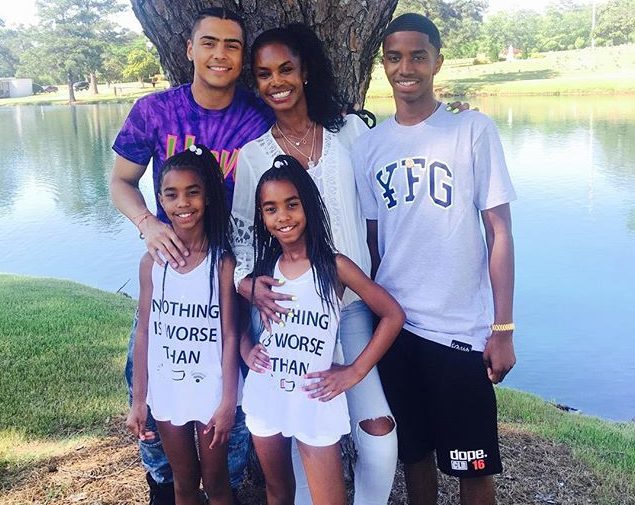 Family and friends gathered to pay their last respects to Kim Porter at her funeral yesterday. Porter’s kids-Christian Combs, Quincy Brown and twins D’Lila and Jessie Combs- were emotional as they said their last goodbyes to their mother.

Porter was laid to rest in her hometown of Columbus, Georgia, on Saturday morning. Her memorial service was held at Cascade Hills Church, and she was buried in a gold casket at the Evergreen Memorial Gardens cemetery alongside her grandmother and mom.

Diddy delivered a tribute to his ex-girlfriend at her funeral as evidenced by an audio obtained by TMZ. Porter’s son, Quincy Brown, also spoke about the late actress and model and it is said that he broke down while doing so. His dad Al B. Sure and his adopted father Diddy stood by him as he spoke.