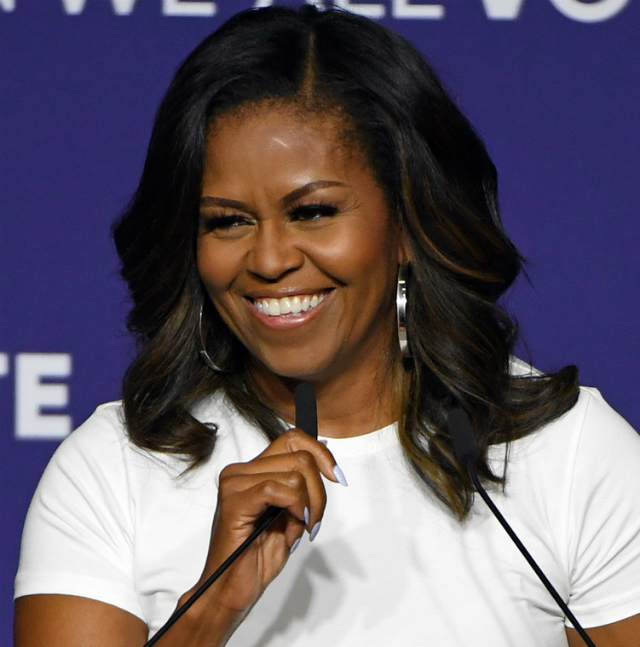 Miscarriages are more common than people think. Former First Lady Michelle Obama delved into the reality of pregnancy complications during a new interview with ABC’s Good Morning America. The former FLOTUS revealed that her daughters, Sasha and Malia, were conceived via IVF after Michelle and Barack Obama endured the pain of several miscarriages.

“I felt like I failed because I didn’t know how common miscarriages were because we don’t talk about them,” Mrs. Obama shared with viewers. “We sit in our own pain, thinking that somehow we’re broken.”

In her brokenness, Michelle realized that conception by traditional means may not be the way for her and Barack. “I realized that as I was 34 and 35,” the former First Lady said. “We had to do IVF.”

Does @realDonaldTrump remember the #BirtherMovement he singlehandedly engineered against President Barack Obama?

Trump, who posed as a concerned citizen at the time, alluded to the notion of President Obama being unqualified for the office of the president due to citizenship status. The billionaire encouraged the false claim of Obama’s birthplace being in Kenya instead of Hawaii, which began what is known as the birther movement. Many of Trump’s supporters who now call for all to respect the president in his office jumped onboard with Donald Trump and demanded to see Obama’s birth certificate, which the forty-fourth president gladly furnished. Some, even with evidence, still abided by Trump’s claim of Obama being a foreigner and, thus, never respected the forty-fourth president in his leadership role.

“The whole [birther] thing was crazy and mean-spirited, of course, its underlying bigotry and xenophobia hardly concealed,” Michelle writes in her book. “It was also dangerous, deliberately meant to stir up the wingnuts and kooks. What if someone with an unstable mind loaded a gun and drove to Washington? What if that person went looking for our girls? Donald Trump, with his loud and reckless innuendos, was putting my family’s safety at risk. And for this, I’d never forgive him.”

In response to some of #MichelleObama's book – After Trump said he would never forgive him (B. Obama) for what he did to our military…he then said "And I'll never forgive him in many other ways" – What a wordsmith!

You can catch Michelle Obama’s memoir in full-length when the publication makes its debut on November 13, 2018. Keep up with the Obama’s charitable efforts here!