"Guess Which Bump Is Already Kicking?" 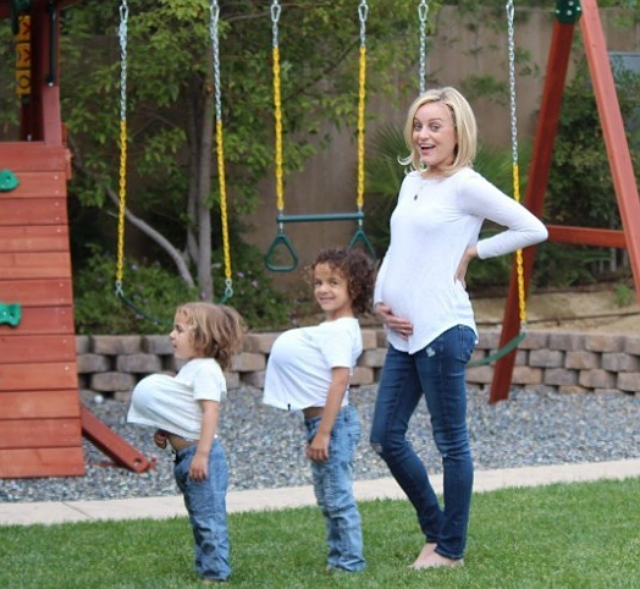 Congratulations to Alfonso Ribeiro and his wife, Angela Ribeiro, on the expectancy of their third child. The celebrity couple announced their family’s expansion via Instagram this past weekend.

Alfonso and Angela found the cutest way to tell their fans that they were expecting another child. The celebrity couple got their sons, Anders and Alfonso Lincoln, involved in the announcement as the boys rocked faux bumps underneath their shirts to indicate the impending arrival of a new family member. Angela was also in the picture showing off her protruding stomach. “Guess which bump is already kicking,” the expectant mom wrote online. “Baby Ribeiro due Spring 2019,” Angela said.

Alfonso also shared the news of his family’s expansion with his social media fans who were every bit excited for the actor. “Great news,” one fan wrote online. “Babies are gifts from above. Congrats!”

It was in 2014 that Alfonso Ribeiro expressed his desire to have more children. The celebrity father had just welcomed his first son, Alfonso Lincoln, at the time.

“I’m not done having kids,” Alfonso revealed. “My wife and I have been talking about having one more. That needs to happen in the very near future. I don’t want to be 75 years old when my kid graduates from college, so I’m going to have to get on this really soon. My wife wants to have a girl next, so we will go for the girl next – but you never know. We will be happy with whatever happens.”

The Ribeiros welcomed their second son, Anders, the next year. Will the third time be the charm that gives Angela Ribeiro a daughter? We’ll have to wait and see! The new family addition will make Alfonso Ribeiro the father of four children.