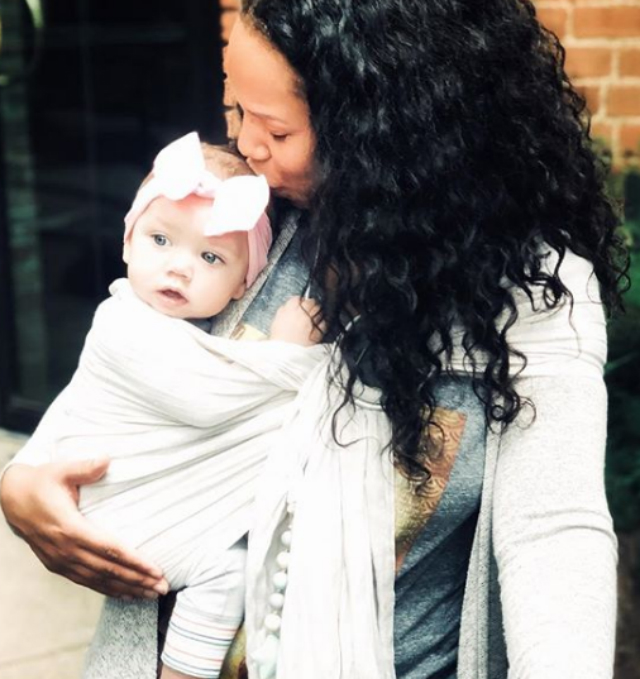 3LW’s Kiely Williams is a proud mom and wife! The former Cheetah Girl recently shared pictures and video clips of her daughter with Instagram fans.

One photo of Kiely’s daughter was definitely model-worthy. The infant managed to strike the perfect pose while holding her toes. “She’s a literal Doll,” one fan said. “Oh my,” another of Kiely’s followers exclaimed. “She’s beyond adorable.” Indeed, she is!

Kiely’s daughter is also pretty funny. The little one was recorded by her mom while taking a poop, and Kiely couldn’t help but laugh. “Because at some point in your life, a baby pooping will make you giggle,” Williams said.

Dozens of fans responded to the video with well wishes and stories of their own. “Same poo face my wee boy makes so hilarious,” one of Kiely’s Instagram subscribers said. “She is adorable.” Another fan wrote, “It always makes me laugh with my little man.”

Because at some point in your life, a baby pooping will make you giggle.

Kiely Williams tied the marital knot with her longtime boyfriend, Brandon “BJ” Cox, in December 2016. The couple announced the expectancy of their first child in October 2017, with the little one arriving in March 2018.

Kiely did not share numerous updates during her expectancy but rather gave her followers the latest when she hit certain milestones. She definitely informed her public when the final stretch of her pregnancy arrived weeks before her daughter made entry.

Monday nights are my favorite! I LOVE @nidobirthdoulas and my @birthbootcamp class!!!! I always leave feeling so empowered and inspired and a little less terrified about pushing this baby out of me! #birthbootcamp

Are the former Cheetah Girl and her husband planning for more kids in the future? We’ll have to stick around to find out!

A.J. GREEN AND MIRANDA BROOKE ARE HAVING ANOTHER BABY!