Home » YOUNG STARS » RISING STAR KAI TURE TO STAR IN UPCOMING MOVIE, “THE HATE YOU GIVE”

RISING STAR KAI TURE TO STAR IN UPCOMING MOVIE, “THE HATE YOU GIVE” 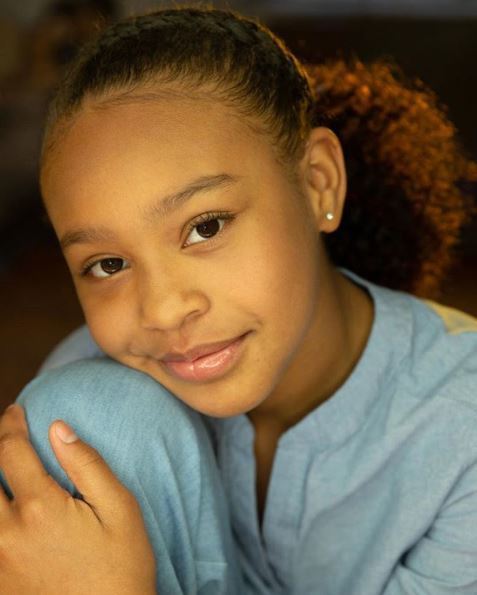 You may recognize her face but didn’t quite catch her name. Well, Kai Ture is definitely one young rising star that you want to get to know and make note of because this talented pre-teen is definitely on her way up the ladder of success.

Having worked as an actress since the age of seven-years-old, Ture started her career as a series extra on If Loving You is Wrong…and was elevated to a recurring role as “Tanesah” in Season 2 of the OWN/Tyler Perry Series. From there, she wen t on to appear in The Vampire Diaries, Bad Dad Rehab, Faith Under Fire, among others. However, her resume does not stop there. In addition to her named appearances above, Ture has been featured in a myriad of commercials, Netflix, and Amazon series.

What they see is what they will be. Mrs @violadavis, I see GREATNESS.?? The face you make…when you don’t know which face to make because you are taking a selfie and spent the summer with an #icon ! ?#dreamsdocometrue #violadavis #iconliving #troupezero #kaiture

Adding to her list of professional accomplishments, Ture will appear in the upcoming Amandla Stenberg film, The Hate U Give, as the younger version of Stenberg’s character, Starr. We definitely know that we will be seeing more of this talented young star for many many years to come as she approaches her craft like a seasoned veteran giving advice as to how to stay in the game— “practice can be hard but getting in the game makes it worth it.”