"She Watches Girls Do Pranks" 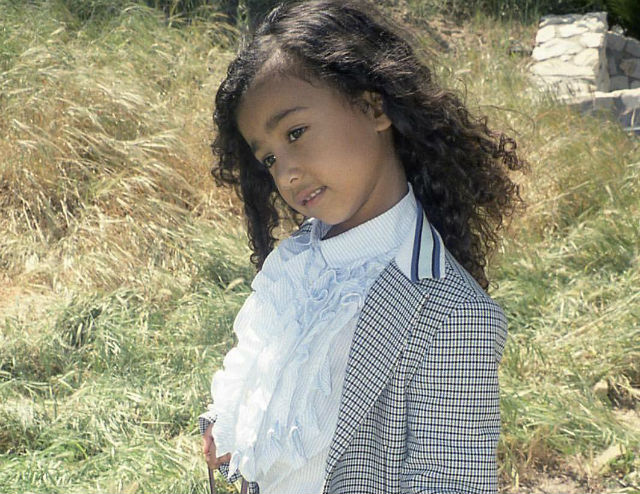 North West is fascinated by YouTube, according to Kim Kardashian who tells Access Hollywood that her daughter can spend an entire day watching certain creators.

“She watches girls do pranks,” Kim reveals. Halloween stunts are apparently North’s favorite type of videos. The youngster, however, has yet to publish her own tricks.

“We tried to shoot a video yesterday (July 14),” Kim says of North’s budding career as a YouTube vlogger. “But she wasn’t into actually filming it yesterday. She was, like, camera shy. So didn’t push. She just wanted to make . . . weird cakes and ingredients with spiders all over it.”

Kim Kardashian often discusses her need to unplug from her phone and social media when she’s at home with the kids. “[Kanye] always talks about how we should not have our phones first thing in the morning,” the Keeping Up With The Kardashians star said during a recent interview with Ellen. “And in the house when we’re with the kids, let’s not have our phones,” she added. “It’s our rule that we really try to live by.”

The Kimye house may be a “no phone” zone, but will the abode be one that births North’s career as a vlogger? We’ll have to keep our eyes and ears peeled to find out!

DENISE VASI AND HER DAUGHTER HAVE IT 'MAED'