Soroya Gibson Will Be Her Name 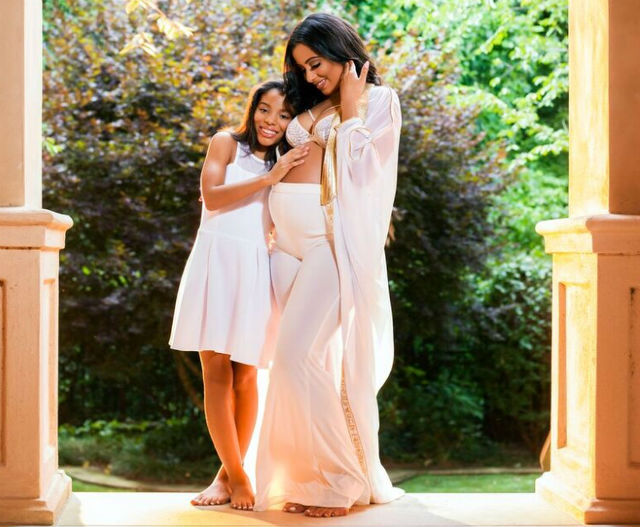 Tyrese Gibson’s second child will have the same initials as his first. The FURIOUS star revealed the name of his unborn child earlier this week.

Soroya Gibson will be the identity that the youngest member of the family goes by upon her arrival. “Both of our love and energy and magic and families are bonded forever because we’re going to have this child,” Tyrese tells PEOPLE. “It’s unbelievable.”

Excitement is in the air as Shayla, Tyrese’s daughter, prepares for big sisterhood. “[She’s] been asking for siblings since I’ve known her,” Samantha tells media. “We were able to conceive at the right time, I believe,” she further explains.

“There was a lot that happened last year — everyone is aware of that — and so to have the opportunity to … really start a new chapter in the way that has happened, I just look to God and I’m like, ‘Wow, I can’t believe that you would plan it this way and you do it so perfectly.'”

Tyrese became involved in a very public legal battle with his ex-wife, Norma Mitchell, last year. Norma had custody of Shayla for a short time during this period. “Unfortunately as entertainers and public figures, you have to go through very private matters publicly sometimes,” Tyrese admits. “I’m just happy to be on the other side of it and have my daughter back home with us.”