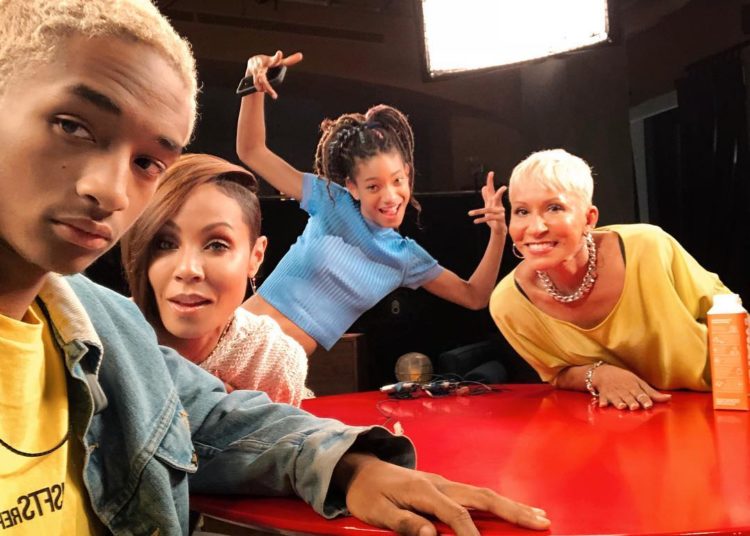 When your children begin dating, of course, parents have concerns about who their child is romantically linked too. Once again, parenting guru Jada Pinkett-Smith is proving that she’s just like the rest of us when she opens up in a Facebook Live Q&A for her new talk show Red Table Talk, stating that she too has been concerned with children’s dating choices.

“There have been a few and I’ve been concerned!” Smith admitted on the program when asked if she was comfortable with the significant others her children have brought home. “Willow, actually, her choices have been spectacular in all honesty. But it’s been my boys, at times!” But then the actress goes on to say that, “you’ve gotta go with the flow. Your kids aren’t always going to date people that you love, you know, but I’ve learned that you really just have to be there and support because that can create a conflict that you can’t get a win.”

Fam, Episode 2 of @RedTableTalk is ready for y’all and this time we’re talking loss. Loss of loved ones, loss of what’s treasured, loss of one’s self. Come check us out, link in bio.

Jada is definitely full of parenting wisdom. We think she needs to compile it all in a best-selling “how-to” book!

From cooking to beach vacations and more, singer John Legend, his wife Chrissy Teigen, and...

Floyd Mayweather's daughter, Jirah, called out her father for allegedly being selfish just weeks after...

It is not often that the public gets to see how Beyonce interacts with her...

No, Keke Wyatt is not pregnant. The celebrity mom and her kids took to Instagram...