"Someone Call CPS On These Two Dumb F*cks" 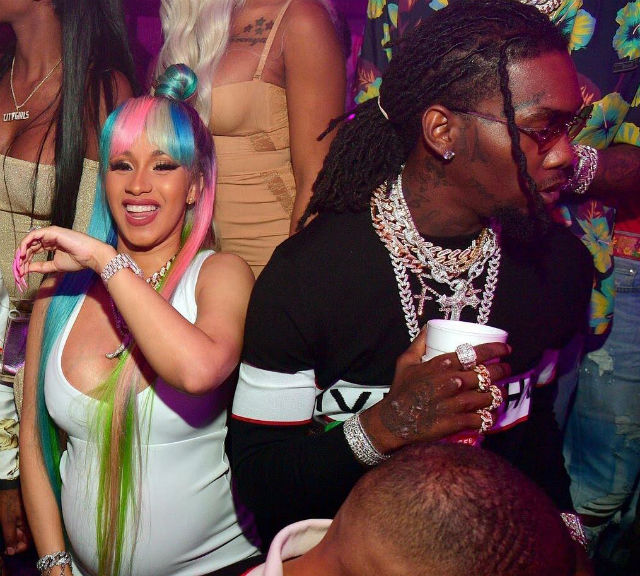 Cardi B has come under attack after a footage of her unborn child’s father smoking around his expectant girlfriend surfaced online.

Cardi and Offset were at a birthday celebration when the video was captured. In the clip, both Cardi and Offset are dancing and grooving when Offset takes a puff from what appears to be a rolled up substance. This did not sit well with some online trolls.

“Someone call CPS on these two dumb f*cks,” one Hollywood Unlocked Instagram follower said. Another wrote, “The father should have more respect regardless of you not being bothered by it.”

Now, before we get to Cardi B’s response, we think it’s important to note that  second-hand smoke via cigarettes is proven to be harmful to adults and, therefore, an endangerment to an unborn child. Read more about that here!

???brooo everyday for 6 hours straight i want to lay in bed ,then i want to get up and start cleaning and writing on my planner and making meetings on the phone and walking .

MARISKA HARGITAY ON MOTHERHOOD-WORK BALANCE: 'THERE ARE DAYS I GO HOME AND JUST CRY'

MARISKA HARGITAY ON MOTHERHOOD-WORK BALANCE: 'THERE ARE DAYS I GO HOME AND JUST CRY'