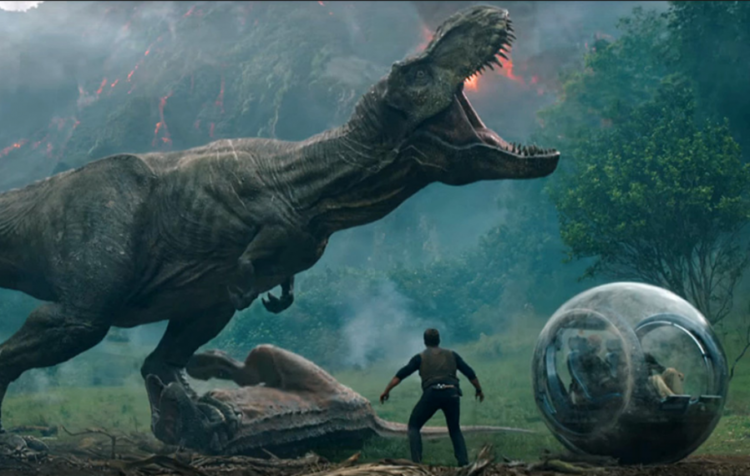 Four years after the Jurassic World theme park was closed, Owen and Claire return to the island to save the dinosaurs there were left behind. When a once dormant volcano roars to life and threatens to bring an end to all life on the Island, it is up to Owen and Claire to beat the ticking clock and find Blue. But while there are in the process, they discover that there is a conspiracy afoot, that could change the natural order of not only the island but the entire plant itself.

This intense sci-fi will star Chris Pratt, Bryce Dallas Howard, Jeff Goldblum, Ted Levine and more. Check-out the most recent and final trailer for what is bound to be one of summer’s block-buster hits for sure.

THIS IS ALLEGEDLY THE MOTHER OF DRAKE'S SECRET SON ADONIS, ACCORDING TO PUSHA T

JAMIE FOXX AND HIS DAUGHTER STOP BY THE 'ELLEN' SHOW

JAMIE FOXX AND HIS DAUGHTER STOP BY THE 'ELLEN' SHOW