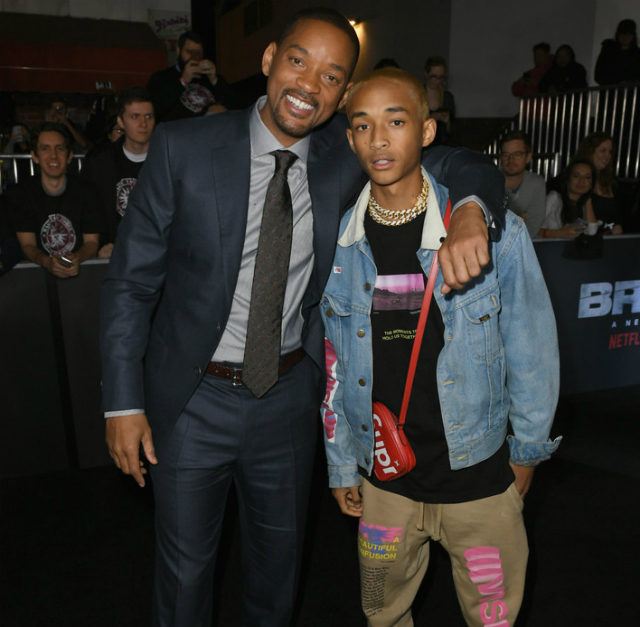 Jaden Smith is proving that he truly is a Renaissance man with a resume that spans acting, modeling, singing, rapping, activism and more. The young entrepreneur, who owns Just Goods with his father, finds himself now involved in a court battle with vegan food maker, Just, over the alleged usage of the same logo.

“So Now There Is A Company Trying Copy Our Logo, What A Sad Day. We Are #TheRealJust #BuildYourOwnBrand,” Smith tweeted Tuesday, comparing a picture of his water with their cookie dough. Just was previously named Hampton Creek.

So Now There Is A Company Trying Copy Our Logo, What A Sad Day. We Are #TheRealJust #BuildYourOwnBrand pic.twitter.com/abjfXWpFjb

In 2017, the Smith’s filed a lawsuit against the Just CEO and company, stating that they violated a 2014 trademark agreement between the two entities. “We are confident that Just Goods will prevail in court,” Smith’s attorney, Ken Hertz of Hertz Lichtenstein & Young, said in a statement to Page Six.

Just company representatives stated that they do not comment on current litigation. Stay tuned, there is definitely more to come on this particular story!

NICOLE MURPHY ON REARING DAUGHTERS: 'IT'S REALLY ABOUT BEING A STRONG BLACK WOMAN'