Home » NEWS » ANGELA SIMMONS: ‘I HAVE TO RAISE A KID IN FRONT OF THE WORLD SINGLE’

ANGELA SIMMONS: ‘I HAVE TO RAISE A KID IN FRONT OF THE WORLD SINGLE’ 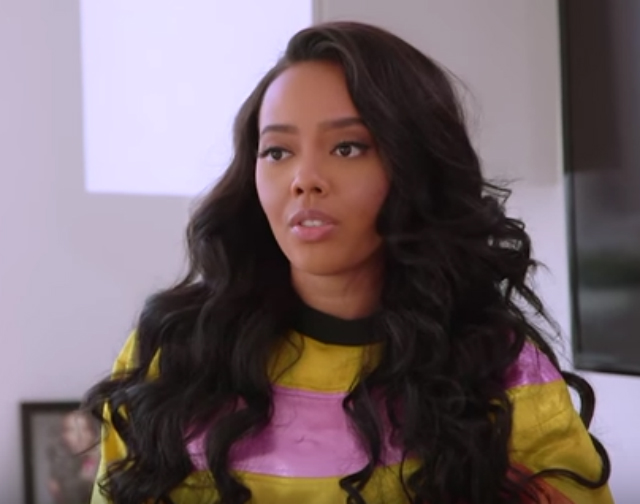 Angela Simmons gets real about being a single mom in the public’s eye during the latest episode of Growing Up Hip Hop. The celebrity mom talks with her mom about her failed relationship with her son’s father and how social media did not help the situation.

“I thought I met my husband,” Angela begins. “It just didn’t happen,” she adds. “I feel like I’d done everything I could with the relationship. I went to counseling, and I really never could imagine in a million years number one having a kid out of wedlock, and then the whole relationship just crumbling.”

Simmons goes on to tell her mom that the pressure from critics is a bit much at times. “For me, it’s already a lot,” she explains. “Everyone has to look at me and be like, ‘Oh, you’re not married, and you’re not this, and you’re a reverend’s daughter.’ I’m going through all of that, and then I have to raise a kid in front of the world single.”

Someone came with mommy today ❤️

It was at the top of this year that Angela Simmons shared her decision to walk away from her engagement to Sutton Tennyson, Sr. “I can truly say that this year has made me stronger,” she said of the year 2017. “I recognized my strength to walk away from what isn’t healthy for me. I faced my biggest fears this year. And from that, I am open to my new life and evolving.”

Angela’s new life as a mom has certainly not been without criticism. Some online scrutinizers were quick to point out the fact that Angela was not married when she announced her pregnancy nearly two years ago. Such trolls completely overlooked the fact that she was en route to marrying her son’s father.

Still, despite the negative comments, Simmons choose to make lemonade from sour lemons. The celebrity mom celebrated the fact that her son, Sutton Tennyson, Jr., traveled with her earlier this week. “Of course, he’s checking out the cars across the street,” Angela told her Instagram fans. “He loves cars.”

Travel Day ‼️ Of course he’s checking out the cars across the street. He loves cars ?

THE OHANIANS' REHEARSAL DINNER WILL MAKE YOU CRY

RUSSELL WILSON: 'A FORM OF A LEGEND IS HOW A DAD LOVES THEIR CHILDREN'

RUSSELL WILSON: 'A FORM OF A LEGEND IS HOW A DAD LOVES THEIR CHILDREN'