"Gossip And Stories That Are So Ridiculous That They Are Laughable" 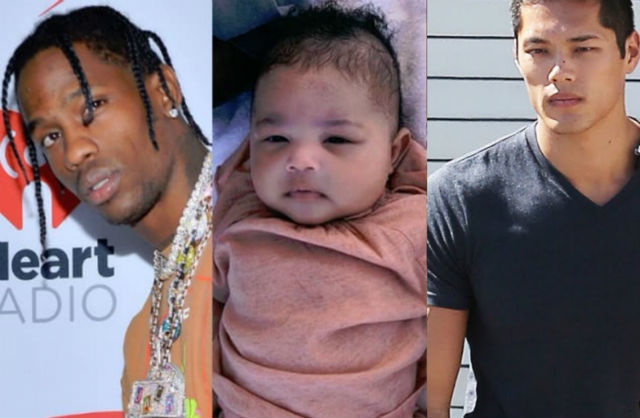 Rudeness! Tim Chung is calling out those conspiracy theorists who tried to deem him as Stormi Scott’s real dad. Kylie Jenner’s former bodyguard did not hold his tongue while characterizing the claims as nothing short of disrespectful.

“I am a very private person and would normally never answer to gossip and stories that are so ridiculous that they are laughable,” Tim shared on his Instagram page this past weekend. “Out of deep respect for Kylie, Travis, their daughter together and their families, I would like to set the record straight that my interactions with Kylie and her family have been limited in strictly a professional capacity only.”

Tim went on to tell spectators, “There is no story here and I ask that the media no longer include me in any narrative that is incredibly disrespectful to their family.” Well said!

It was last week that a few fans online began pointing out what they believed were resemblances between Stormi’s physical characteristics and Tim Chung’s outward appeal. In particular, the self-proclaimed analysts thought that Stormi’s skin tone and eye shape were enough to prove that Chung, not Travis Scott, may be her father.

Kylie Jenner’s camp responded to the rising controversy online by telling TMZ, “The rumor is just that, a rumor with no basis in fact.” A representative from Kylie’s side also told the media source, “It’s humanly impossible for Chung to be the dad because he never had sex with Kylie.”

Stormi Scott is Kylie Jenner and Travis Scott’s only child. The couple welcomed their daughter in February.

DIDDY AND THE KIDS SPREAD 'POSITIVE ENERGY' ON MOTHER'S DAYS

DIDDY AND THE KIDS SPREAD 'POSITIVE ENERGY' ON MOTHER'S DAYS