THE COMBS GIRLS ATTENDED THE KENTUCKY DERBY WITH THEIR DAD

"What An Amazing Experience" 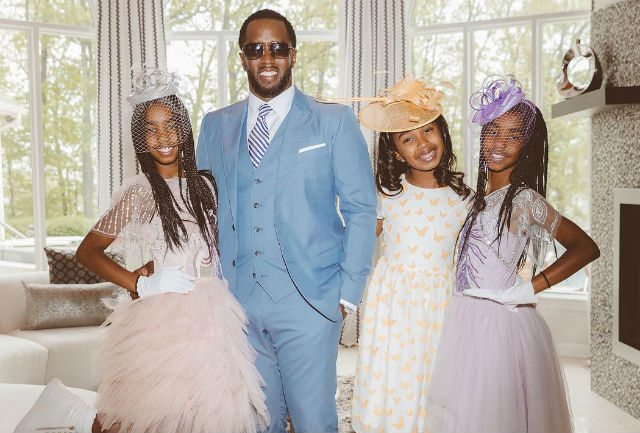 The Combs girls were styling and ready for the Kentucky Derby this past weekend. Jessie, D’Lila, and Chance attended the event with their father, Sean “Diddy” Combs.

“What an amazing experience at the #KentuckyDerby with my Queens,” Diddy told his Instagram fans after this past weekend’s festivities convened. “Come to the Durban July South Africa as well,” one fan said.

Diddy and his girls were definitely styling for the event. Jessie and D’Lila wore dresses from Tutu de Monde’s line while Chance was the fashionable one thanks to Charabia Paris. The girls’ hats were designed by Hollywood Hatters with styling done by Kiki Tillman.

Some critics had a problem with the way that Diddy and his daughters made their way into the venue in the rain. In particular, there seemed to be a breakdown in communication with the umbrellas. “Walk a few feet behind so your rain isn’t repelling on theirs and still getting them wet,” one critic suggested. “Why bodyguards deserve to be in the rain,” another fan asked.

Perhaps the funniest of the conspiracy theories surrounding the umbrella sequence was that of a fan who was for certain that the covering over Chance’s head was floating in the wind. “Who tf is holding the third umbrella,” the intrigued follower asked. “That mf just floating.” We assure you, there was a bodyguard walking behind Diddy who gave the umbrella its support. Aren’t social media conversations grand?

THE MCCLURE TWINS GET A DANCE LESSON FROM HEAVEN KING