"They Really Gave Black Barbie Two Hairstyles In One"

by Sarie
in Hot Topic, PARENTING
1 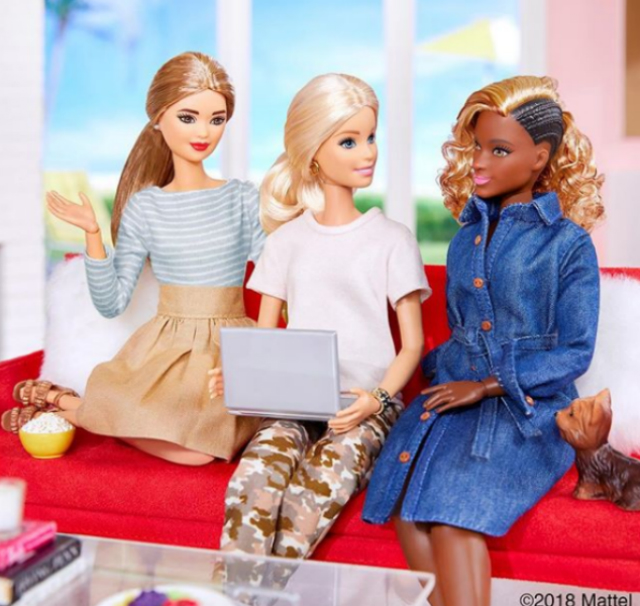 The makers of Barbie were going for diversity when they decided to craft an African-American doll with a half-and-half cornrowed type of hairstyle. What they got, though, was a windstorm of rebuke coming from Twitter subscribers who encouraged the brand to do better.

Perhaps the problem with the picture, which was part of a promotion for a documentary on Barbie produced by Hulu, was the color of the African-American doll’s hair. The cornrows are clearly dark in the picture while the straightened hair is blonde. Critics were also pretty confused about the reasoning behind giving the African-American doll what appeared to be a half-finished hairstyle.

See this is the #bs we talking about. Who in THEE HELL did black Barbie’s hair like this ? Does anyone black work there @barbiestyle @barbie??? #ineedanswers #thisiswhywecantletitgo #barbie #blackbarbie #barbiestyle pic.twitter.com/Q60SNeIDH9

“They really gave the black Barbie two hairstyles in one,” said one social media commenter. Another person said, “This is actually just embarrassing. Like they wanted to fit every black hairstyle on one head. The cornrows, the dyed weave, body wave bundles. Why? Why? Why? Just ask any black person and they will tell you, that you don’t do this anywhere. ANYWHERE.”

A few people had positive comments concerning Barbie’s latest attempt at diversity. “Y’all hating on that black Barbie but her hair is bomb,” one consumer tweeted. “Wow!! I love it,” another fan wrote. “Personally, I like that you guys worked for more styles for your Barbies. Although some people don’t care for it, plenty of people do relate to it and find it beautiful. Thank you for the effort.”

Barbie has certainly made strides towards inclusivity. It was just a few months ago that the brand debuted its plus-sized dolls in an attempt to present an image that is more in line with the “real woman.” Could this latest effort, however, be more along the lines of offensive rather than progressive, though? We aren’t certain about how we should respond.