Home » NEWS » MIKE COLTER ON HIS DAUGHTER: ‘SHE’S A LITTLE HONEST FOR HER AGE’

MIKE COLTER ON HIS DAUGHTER: ‘SHE’S A LITTLE HONEST FOR HER AGE’ 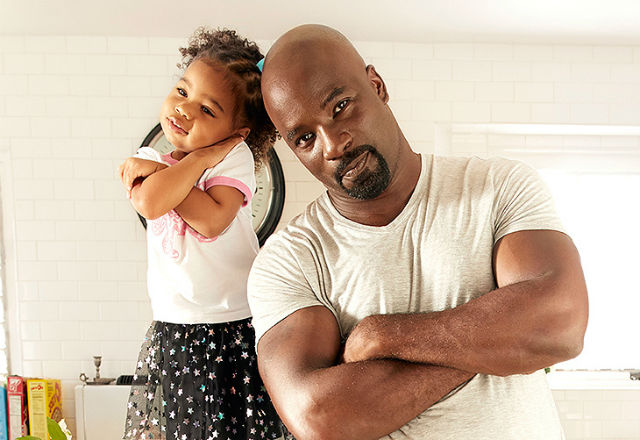 Honesty is the best policy. But is there a such thing as too much frankness? Mike Colter may think so as his 2-year-old daughter, Naiella, tests the waters of what she can and cannot do.

At some point when you travel enough… your kid gets old enough and tired enough of you being gone… she says I’m coming too. Won’t take NO for an answer. NOT A BAD WAY TO TRAVEL… I highly recommend. Make sure they can hold on and keep a firm grip on the handle bc it could slip out of your hand. Enjoy. DISCLAIMER: THIS ISNT AS EASY AS IT LOOKS. . IF YOUR HAND ISN’T STRONG ENOUGH DONT ATTEMPT. IT COULD SLIP FROM YOUR HAND AND YOU COULD DROP YOUR KID?. YOU HAVE BEEN WARNED. #happyfriday #goodfriday #ontheroadagain #theonlywaytotravel

“I thought I’d be more strict, but I think it’s a combination of strict and fun because if I tell her to do something, she takes her time. She looks at me and sizes it up, deciding whether she’s going to do it or not,” Mike tells media. “She says no, but I can tell she’s trying to calculate how much she can get away with,” he continues. “I’m pretty firm because if she doesn’t listen, I say, ‘You have to be a good listener,’ and if she doesn’t listen then I get pretty serious with her and give her a talking to.”

Sometimes you gotta be there for someone else to justify getting ourselves going. It just makes you feel good. #motivationmonday #daddyduty

Naiella also gives people “a talking to” that is both cute and raw. “She doesn’t understand that some things are weird, like you don’t say certain things,” Mike admits. “She tells people to take their shoes off when they come into the house, like, ‘Take your shoes off! Take your shoes off!’ and she’ll tell people, ‘You have ugly feet.’ She’s a little honest for her age.”

Naiella is Mike Colter and his wife Iva’s only child. You can catch Mike in all of his acting glory when the second season of Luke Cage premieres on Netflix this summer.