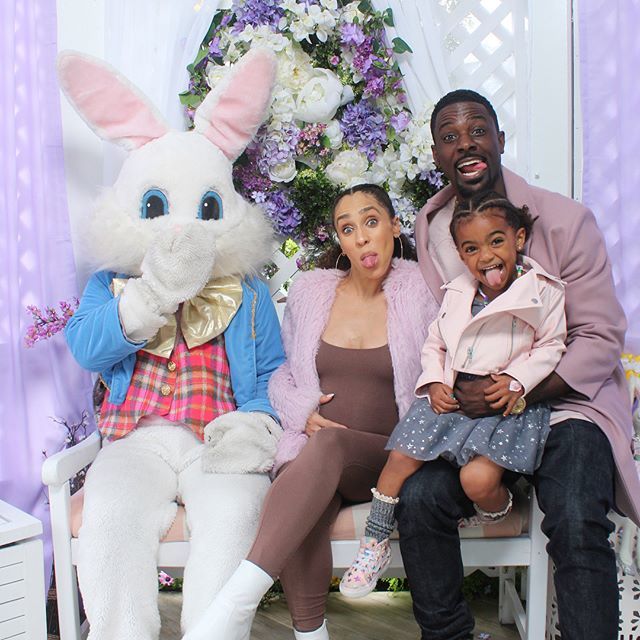 Congratulations to Lance Gross and his wife, Rebecca, who are expecting their second child to arrive in coming months. The celebrity couple announced their family’s expansion this past Easter weekend.

“Happy Easter,” Rebecca exclaimed. “From our growing Family to yours,” she added. The expectant mom also shared a picture of her family’s Easter portrait that, of course, showed off her protruding stomach. Lance  confirmed his wife’s expectancy as well by sharing the same picture online and writing, “And another thing.” How exciting!

Lance and Rebecca’s fanbase had nothing but congratulatory remarks to give the couple upon learning of their expectancy. “I didn’t even notice at first,” one of Lance’s followers commented on Instagram. “Congratulations,” the subscriber added. Another fan said, “Congrats!!!! Can’t wait to see the other turtle.”

The Gross family has become a favorite for many. Dozens of fans who remember Lance from his days as “Calvin” on Tyler Perry’s House of Payne were excited to hear about his relationship with Rebecca and became even more thrilled to learn of the couple’s first pregnancy. Now, little Berkeley will have a younger sibling who she can show the ropes.

Lance Gross discussed the joys of fatherhood during an interview with ESSENCE in 2015. “Some of the most rewarding experiences being a father is being able to be present,” he explained. “Spending as many moments as I can with my little girl. It’s amazing how things shift from worrying about yourself and what’s next to this new life you’ve created.”

Stay tuned to see if Rebecca and Lance Gross give Berkeley a little brother or sister in coming months!