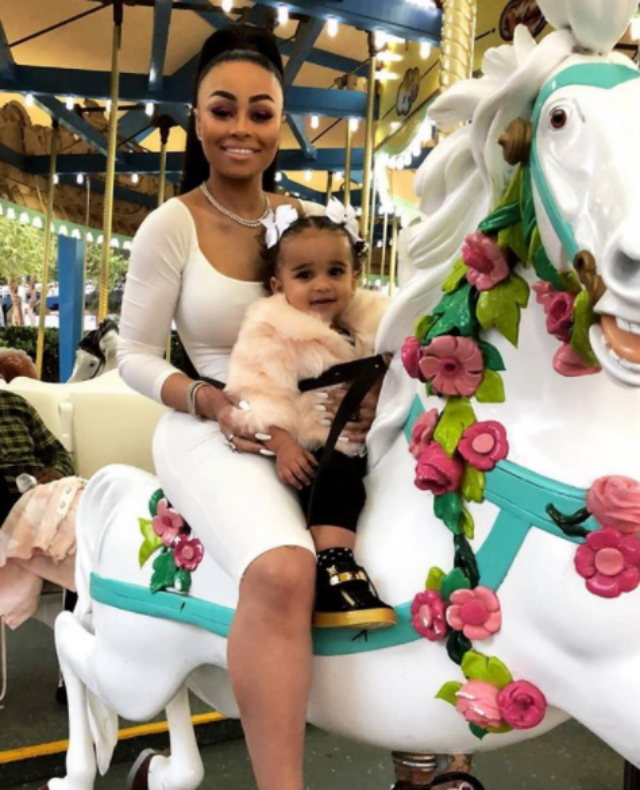 Blac Chyna is a mama bear! The celebrity parent responded via social media after footage of her getting into an altercation at Six Flags surfaced this past weekend.

Chyna appeared to be enjoying the day with her kids, Dream and King Cairo, when the chaos broke out. One bystander caught the tail-end of the heated debate that Blac Chyna had with a fan who allegedly tried to touch one of her children at the park. Unfortunately for the celebrity mom, the onlooker only caught the portion of Chyna using a child’s stroller as a weapon.

Blac Chyna removed her jacket in the clip and paced angrily before grabbing the object and attempting to swing it off the ground. “I’m at 6 flags and I see Blac Chyna and her crew trying to fight,” The bystander tweeted. Dozens of others recognized Chyna as well and whispered among themselves as the altercation unfolded.

I’m at 6 flags and I see Blac Chyna and her crew trying to fight ?? pic.twitter.com/iuEdiYKl95

Some critics scrutinized Chyna for being petty without understanding the story’s details. Such is the reason why the celebrity mom took to Instagram to explain her side.

“Being famous is hard enough dealing with scrutiny but when someone feels comfortable to come and touch your child it’s a whole other story,” Chyna said. “I do not condone violence nor am I a violent person but shout out to all of the amazing mothers out there that will protect their children at all cost.”