TIA MOWRY AND HUSBAND BUMP AROUND ‘THE OATH’ PREMIERE

She's Got The Glow! 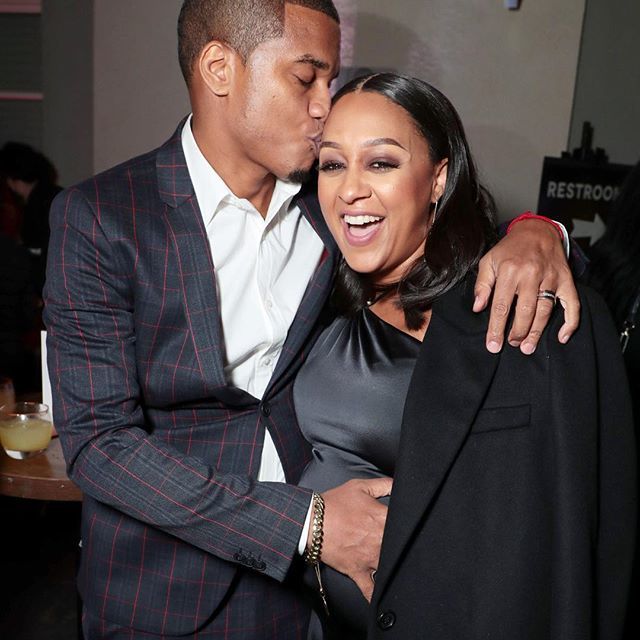 Tia Mowry and her husband, Cory Hardrict, were the stars of the evening at The Oath premiere. Tia came to support her husband, who stars in the series, but the cameras were on the expectant mom all night long.

Mowry let her pregnancy glow shine through as photographers took pictures of her and Cory on the red carpet. The celebrity mom gave facial expressions that spoke of her joys of expectancy. “Make sure you check out @coryhardrict new show @theoathcrackle! On @crackle 10,” Mowry told her Instagram fans.

?? Make sure you check out @coryhardrict new show @theoathcrackle! On @crackle 10 episodes of FREE streaming starts TODAY! The show is ✨✨ #theoath

The Oath is a series that sheds light on secret societies that have agendas of which not even some of the elite are aware. “There’s a bunch of roller coasters and different plot lines that will keep you invested, and the dynamics and the relationships are something special,” Cory says of the new show.

“There’s a method to the madness and everyone has a purpose for their character and it all ties into family and one goal, whether it’s good or bad, everyone believes in what they’re doing,” Cory continues. “Everything is meticulous and calculated and makes sense to them and what they’re doing. I believe it’s going to be one of the big shows of 2018.”

Wath the trailer for The Oath below. Catch the series streaming on Crackle today!

THE AVENGERS CHRONICLES: THE 'INFINITY COUNTDOWN' HAS BEGUN

KRIS JENNER: 'KYLIE WAS BORN TO HAVE KIDS'

KRIS JENNER: 'KYLIE WAS BORN TO HAVE KIDS'