GARCELLE BEAUVAIS IS A GRANDMA!

by Tiffany Silva
in Exclusives, YOUNG STARS
0
Express Your Reaction 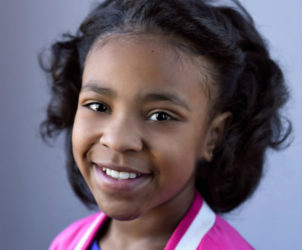 You have reacted on "‘STRANGER THINGS’ SEASON 2 RISING STAR, P..." A few seconds ago

What do you like most about being in front of the camera?

I like how the character and I will share things in common and it comes to life on camera. It’s like a blend of their personality with mine. I don’t really like to watch my scenes over and over (laugh). Working on set, meeting people and watching it comes together is the most fun to me.

Who are some of the actresses that you most admire on the big screen and small?

Omg, Lupita Nyong’o! I love everything about her, she’s a queen to me! I’m a huge admirer of Meryl Streep too. She’s so good and has played a variety of characters. I watched ‘The Devil Wears Prada’ on the plane at it’s one of my favorite movies now. I know it’s not really for my age (laughs)..but…it’s really good. Oh, and Zendaya. Zendaya is a great actress and she just seems cool to hang with. She reminds me of a cool big sister or that cool auntie with style.

Tell us about your role as Erica Sinclair on Netflix’s Stranger Things, Season 2?

Well…in Season 2 of Stranger Things, Erica Sinclair is very straight up with her older brother. She thinks that her brother and his friends are nerds. Erica has a big imagination, she snoops around, she’s a risk taker, and has an “it is what it is” attitude. She also brings this light-hearted comedy feel. When I landed the role, I knew people would like her because of the writing, the writing was on point. I was just surprised how her scenes stood out so much to fans. Sometimes, people are shocked when they meet me and say, “Wow, you’re not like Erica at all.” I guess they think I’m going to say something smart (laugh). That always makes me laugh. It’s good too meet people who love Stranger Things. I really enjoy playing Erica. The role was supposed to be very small, but the Duffers loved my work and kept writing me in. I’m very grateful for that because these opportunities don’t come often.

OMARI HARDWICK, MAYWEATHER, AND STEPHEN CURRY CELEBRATE WITH THEIR KIDS