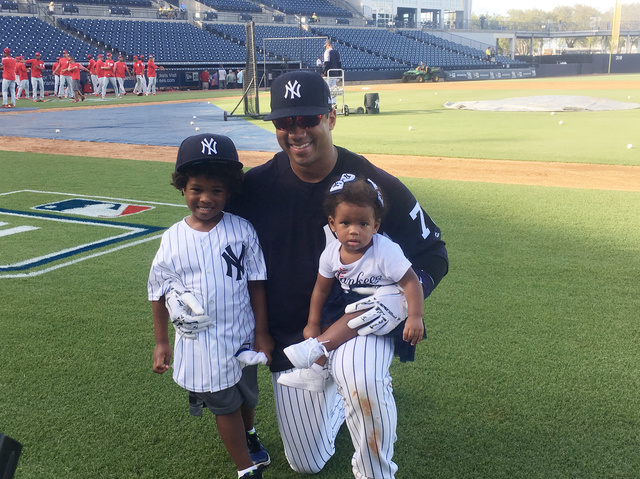 Russell Wilson did a magnificent job during his first day of practice with the Yankees. The celebrity father had his daughter, Sienna, and stepson, Future Zahir, cheering for him on the sidelines.

Love from the sidelines and worldwide went far as Russell Wilson delivered impressive batting skills on his first day. The NFL player hit six home runs, which quieted rumors of him practicing with the Yankees just for publicity.

“Some people always, for me, get confused on ‘is this just a stunt’ or whatever,” Wilson told media. “They don’t know me,” he added. “If you really know me, baseball’s been part of my blood. It’s been a part of who I am and where I’ve come from and what I’ve done. When you see me make plays on the football field, a lot of that’s a direct correlation to baseball.”

Will Russell Wilson also teach his daughter and stepson the wonders of baseball? Maybe so. We have to keep watching to see. Stay tuned for more celebrity dad news!