KIM KARDASHIAN: ‘ I DON’T HAVE MY PHONE WHEN I’M WITH [MY KIDS]’

"My Day Is Micromanaged To The Minute" 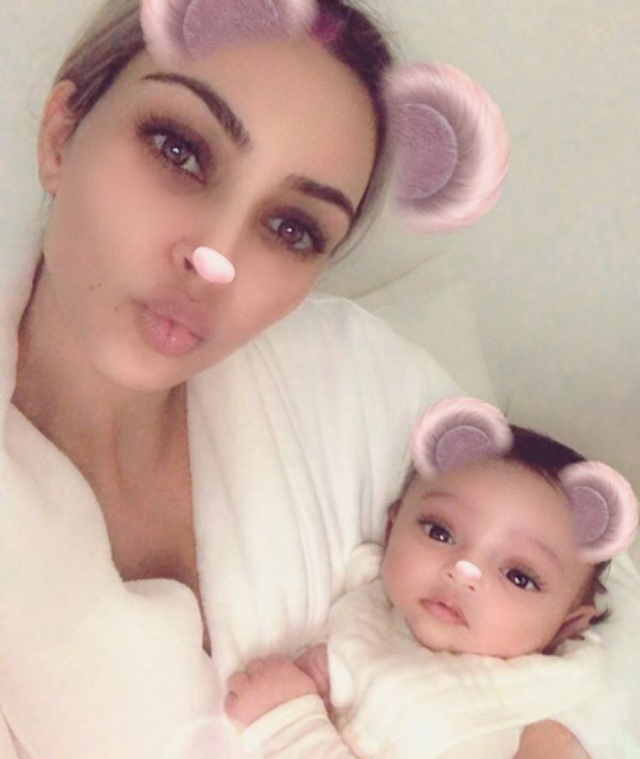 Kim Kardashian is changing the way that she does life now that she is the proud mother of three children. The Keeping Up With The Kardashians star stopped by the Create & Cultivate event in Los Angeles this past weekend where she dropped a few nuggets on parenting that she’s acquired since expanding her family.

“Three kids is a game-changer,” Kim told the crowd. “It’s like, my day is micromanaged to the minute. But, I think you really have to love what you do. I definitely had to take a step back after the baby arrived. If you want to have a life, have a good marriage, and be a good mom, you can’t really do everything, and you have to focus on what’s important to you.”

What’s important to Kim is being the best mom she can be to Chicago, North, and Saint. Such is the reason why she unplugs from technology more often than not these days. “One of the rules I have about being present with my kids is I don’t have my phone when I’m with them,” Kardashian revealed. “So, like story time at night, in the mornings getting ready, I just don’t have my phone.”

Exercising is also good as Kim shared the benefits of her daily routine as encouragement to working moms such as herself. “My workouts every morning really drive my soul. So I have to do that,” Kardashian revealed. She also advised busy moms to “really focus on what you want to do business-wise, and don’t put too much on your plate. Even if I love to do something, I think it’s really important to take a step back and just focus on a few things and be really good at those things, instead of mediocre at five things.”

Kim Kardashian and her husband, Kanye West, welcomed their youngest daughter, Chicago West, on January 15, 2018. The couple celebrates their oldest daughter North’s fifth birthday in June, and Saint turns 3-years-old in December. Catch Kim and her family every week on Keeping Up With The Kardashians, which airs on E!