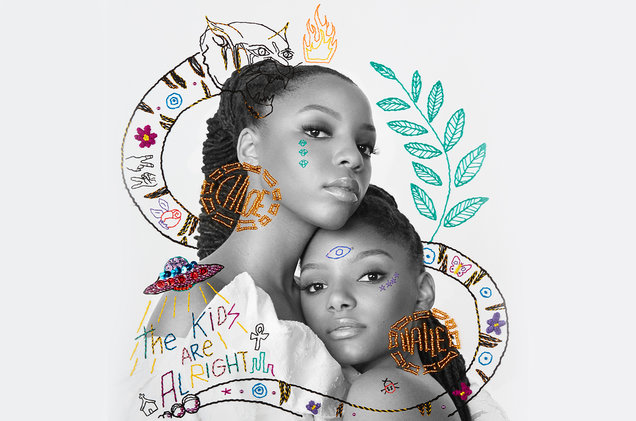 From fashion to acting and beyond, Chloe X Halle have unquestionably become household names that will endure for generations.

Exclusively announced through Billboard, the talented duo recently revealed the release date and cover art of their debut album.

Available March 23rd, The Kids Are Alright will be the songstress sisters’ first full release with preorders starting February 23rd.

“Our debut album means so much to us!” the sisters commented to Billboard. “This is three years of self-discovery, vulnerability, and growth, all put into one album. We’ve put our hearts and souls into every lyric, every beat, and we cannot wait for the world to hear.”

Check out the single below and let us know what you think. Will you be preordering this Friday?

In addition to the pair’s first full project release, they are also providing a new song for The Wrinkle In Time soundtrack, entitled Warrior, which will be available digitally March 9th.

we're excited to announce our new song #Warrior from the soundtrack for @disney’s @wrinkleintime!! can't wait for you to hear it in the movie. ??✨? #TheKidsAreAlright

It looks like 2018 will be full of new music from Chloe X Halle and we couldn’t be happier.

CHECK OUT, IN THEIR OWN WORDS, WHAT ‘BLACK PANTHER’ MEANS TO THESE BOYS AND GIRLS OF ALL AGES AND RACES

CHECK OUT, IN THEIR OWN WORDS, WHAT ‘BLACK PANTHER’ MEANS TO THESE BOYS AND GIRLS OF ALL AGES AND RACES