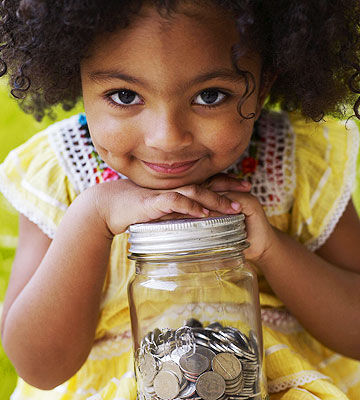 Teaching your children fiscal responsibility is a very important part of being a parent. The creation of a financially stable community is a must for positive progression and growth.

Author and self-made millionaire Steve Siebold has spent a lot of time interviewing and learning the secrets of the super-rich over the past 30 years. Having interviewed thousands of millionaires and billionaires over this time, he has learned how these individuals have taught their children about wealth and wealth creation, setting the stage for generational financial freedom.

Below are fourteen wealth-generating lessons for young people, that Siebold shared with CNBC. To learn more of what the top 1% has to say about financial success, check out Siebold’s latest book, Secrets Self-Made Millionaires Teach Their Kids.

“Becoming financially independent will be the fight of your life. You’ll have to be willing to sacrifice your time, sleep and leisure to build something great,” writes Siebold. “It’s not glamorous or pretty. While your friends are out having fun, you’ll be working.”

While “the masses solve small problems for their employers,” he says, “the rich solve significant problems and get compensated accordingly.”

This makes it easier than ever to get rich: “It’s simple. Solve a big problem, and the world will gladly turn their money over to you.”

Expect to make it

The wealthiest people set high expectations. “Almost every self-made I’ve interviewed over the past 30+ years has told me he expected to be rich,” writes Siebold. “You’ll want to do the same.”

AROUND THE WORLD: WIZKID SHARES FIRST PHOTO OF HIS SON WITH MANAGER JADA POLLOCK

AROUND THE WORLD: WIZKID SHARES FIRST PHOTO OF HIS SON WITH MANAGER JADA POLLOCK