Home » NEWS » NICK CANNON ON CO-PARENTING: ‘THAT PHRASE IS A LITTLE REDUNDANT’

NICK CANNON ON CO-PARENTING: ‘THAT PHRASE IS A LITTLE REDUNDANT’

"You Can't Co-parent, You Have To Parent" 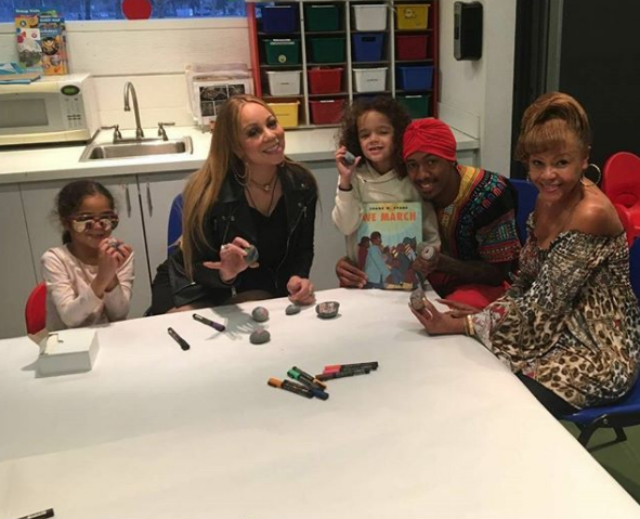 Nick Cannon has a different take on co-parenting. The celebrity father tells PEOPLE how he and ex-wife Mariah Carey work in harmony when rearing their kids, Monroe and Morocco.

“It’s funny when they say ‘co-parenting’ — that phrase is a little redundant,” Nick reveals. “You can’t co-parent, you have to parent, and that’s what we do well because when it comes to our children, we’re selfless individuals — they’re first.”

Nick and Mariah have definitely displayed the essence of maturity when parenting their children. It was just a few weeks ago that the former couple spent the day in celebration of the late Dr. Martin Luther King, Jr.

“It’s all about unconditional love and they’ve got to understand that to its core,” Nick tells PEOPLE. “Whenever we can show that — even if we’re not together, [that] we love each other unconditionally — and become that fine example to our children, they’ll grow up to be good human beings, hopefully.”

Nick Cannon and Mariah Carey were married for upwards of five years before news of their separation spread. The couple’s twins celebrate their seventh birthdays in April. Nick Cannon also has a son named Golden who celebrates his first birthday next month.

'ON MY BLOCK' IS THE LATEST HIGH SCHOOL FLICK BY NETFLIX