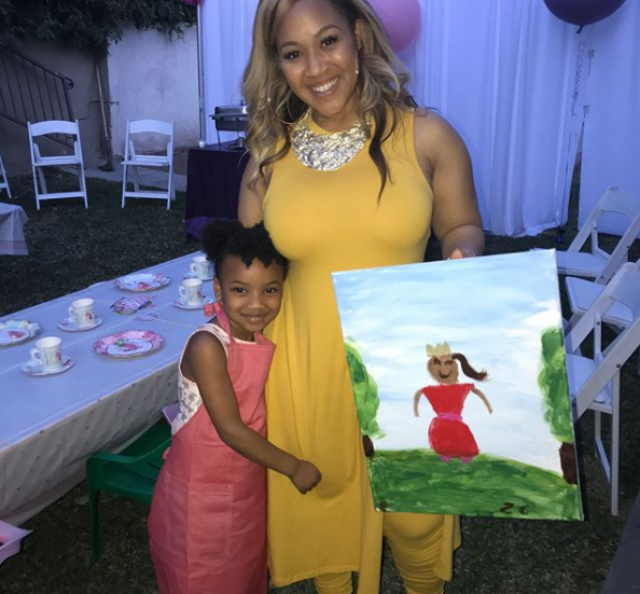 The theme of the bash revolved around the notion of a tea party. Erica had dainty treats for Zaya and her guests to enjoy and even bought a customized cake for her daughter that took on the form of a teapot. “Thank you @serendipity_tastytreats,” Erica wrote online after the bash. “We always love your cakes!”

It’s hard to believe that Zaya turned 6-years-old this past weekend. The little one was, after all, exposed to the public eye long before her official entrance thanks to Erica and her sister’s reality series, Mary, Mary. Wetv viewers watched as Erica made the tough decision to cancel a multiple-city tour for the better good of her then-unborn child. Such sacrifice paid off in the end as season one of the series ended with Erica giving birth to her and husband Warryn Campbell’s youngest daughter.

Now, six years later, Zaya is still bringing light to the Campbell household. “My baby came in at the end of the night and said, ‘Mommy that was the best party ever, I love all the pretty decorations and everything,'” Erica said after the festivities convened this past Sunday. “I said who told you to say that, baby girl? She said, ‘Nobody mommy, I just feel really grateful!’ Then she gave me the biggest hug and held on to me for a little while before she went to bed.” Too precious.

BLUE IVY CLUTCHES A $2,675 VALENTINO PURSE AT THE GRAMMY'S 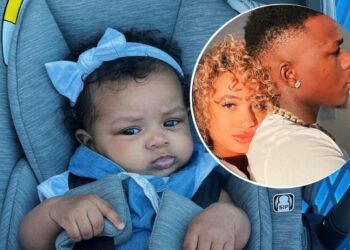 Following their heated exchange on Instagram live on November 14th, 2021, both DaniLeigh and DaBaby... 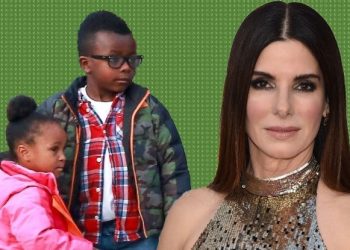 Sandra Bullock is speaking out about the hard conversations she has with her kids because... 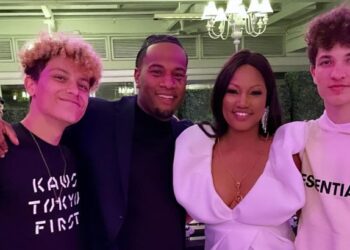 Garcelle Beauvais celebrated 55 years of life with all three of her kids. The Real... 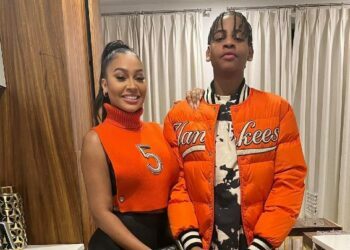 BLUE IVY CLUTCHES A $2,675 VALENTINO PURSE AT THE GRAMMY'S