Cipriani 42nd Street Was The Place To Be On Tuesday 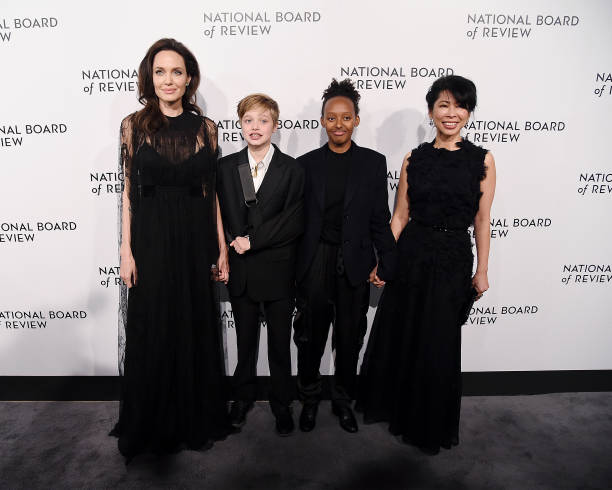 Angelina Jolie had her daughters, Shiloh and Zahara, with her at the National Board Of Review Annual Awards Gala earlier this week. The event was held at Cipriani 42nd Street in New York City, and Angelina and her girls were definitely rocking formal colors.

Black was the shade of the evening as Angelina, Zahara, and Shiloh all wore outfits that had the color the base. Angelina wore a gown that showed off her arms through the sheer material of the outfit. Zahara and Shiloh went for pants suits that were also black. 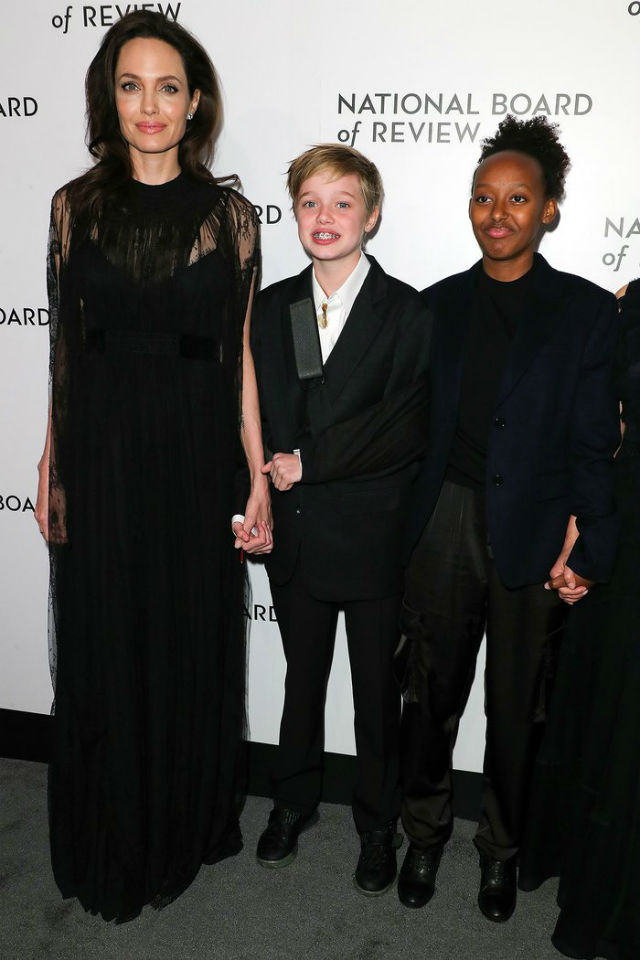 Shiloh is in good spirits while recovering from a scary ordeal that left her a bit injured. The youngster was on a family vacation in the mountains when she fell victim to an accident that ultimately resulted in a broken arm. No limb, however, could keep Shiloh from having a good time on the red carpet as the tween gave photographers silly faces that had her sister laughing out loud.

Angelina Jolie has shown the world how to be resilient in the face of adversity. She has remained strong yet honest despite living out very public divorce proceedings.

“I have had my ups and downs. I guess I am a little bit stronger,” Jolie told media last September. “We all have our difficult times, but as a mother, you also have a responsibility first and foremost towards the kids. They are going through their formative years and everything else comes second to that,” she explained.