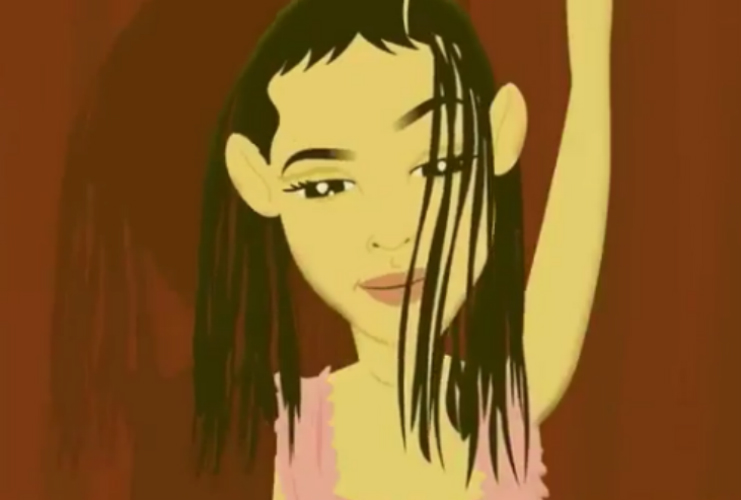 Blue Ivy Carter rang in her sixth birthday with none other than a music video. Her father, Jay-Z, orchestrated the whole thing.

The animated clip begins with Blue Ivy being introduced as a ballerina. The youngster walks onstage with her head down and the support of her family. Beyonce, Jay-Z, and Blue’s siblings are sitting in the audience waiting for her to begin dancing when, suddenly, a microphone drops into the 6-year-old’s hand. Blue starts spitting rhymes from her impromptu single that was on her father’s 4:44 album, which made its debut last year. At first, the animated version of Jay-Z and Beyonce appear shocked that their daughter has broken out with a rhyme. The celebrity parents, however, settle into their seats when the audience around them show signs of loving what Blue Ivy is rapping.

Many fans raved about Jay-Z several times over when his 4:44 album debuted last May. The rapper delved into his experiences as a family man who’s had to learn the hard way that loyalty is everything. Jay-Z’s album was so explosive that the rapper continued his message in the latest single, ‘Family Feud.’ Beyonce and Blue Ivy joined Jay-Z in the music video, which made the event a family affair.

Blue Ivy Carter became a big sister last year when her mom and dad welcomed twins. Stay tuned to see what else this 6-year-old has up her sleeve!