FOOTBALL, ANYONE? HERE’S HOW ALEXIS OHANIAN KEEPS HIS DAUGHTER ENTERTAINED 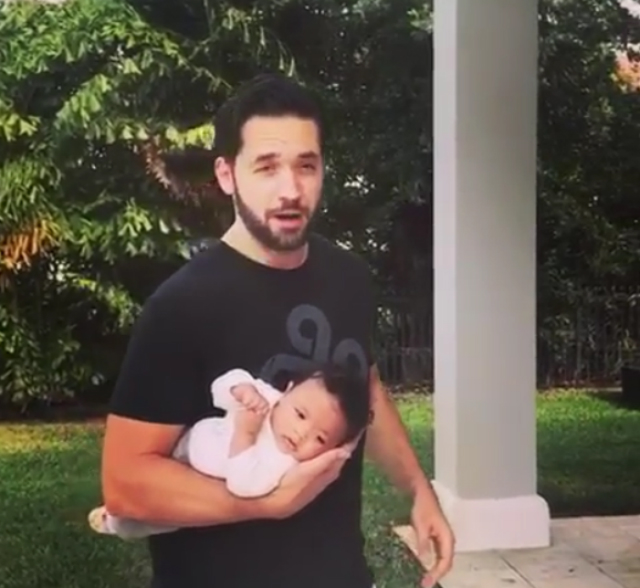 Days with Alexis Ohanian, the father, are quite adventurous for Alexis Olympia. The celebrity dad recently shared pictures and video footage of him and his daughter having a bit of fun in the sun.

One clip showed Alexis holding his daughter while motioning as if he were carrying a football. Little Alexis Olympia, of course, filled in for the actual ball as her father got into a playing stance while the famous NFL theme song rang out in the background. Not to worry, though, Alexis made sure that his daughter was protected as his hand and arm gave full support to the infant.

It was just a few weeks ago that Alexis Olympia’s mom, Serena Williams, asked her Instagram fans for help in the way of advice about teething. “Teething- aka the devil – is so hard,” she explained. “Poor Alexis Olympia has been so uncomfortable. She cried so much (she never cries) I had to hold her until she fell asleep.”

Serena told her public that she has tried everything from cold towels to amber beads but nothing seemed to work. ” I almost need my mom to come and hold me to sleep cause I’m so stressed,” she said. “Help? Anyone?” The tennis star’s fans came to the rescue with a few common remedies and a couple of unknown solutions.