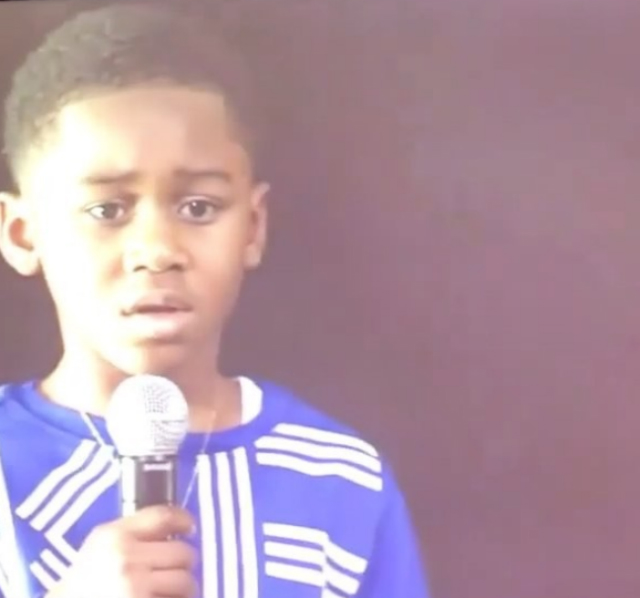 Meek Mill’s son, Rihmeek, is holding down the fort. The youngster joined rapper Lil Uzi Vert during the “Very Uzi Christmas Tour” earlier this week, and our hearts ached.

Little Rihmeek performed a portion of his father’s song, “Dreams and Nightmares (Intro).” Meek’s voice on the track served as a guide for his son who was visibly nervous to spit lyrics in front of thousands without the physical presence of his dad.

Meek Mill has been in jail for a number of months after violating the terms of his probation. The rapper was arrested in March 2017 for assaulting two pedestrians in St. Louis, Missouri. The judge, whose character is presently under investigation by the FBI, sentenced Meek to two to four years in prison for violating his parole.

Let’s not forget that @MeekMill is STILL locked up. This justice system is wild. #FreeMeekMill

While no one denies that Mill’s actions may have been criminal, some find it difficult to grapple with the notion of the rapper serving up to four years in prison after Brock Turner of Stanford University was sentenced to six months in prison for sexual assault last year. The former swimmer only served three months of his already light sentence.

61K Americans sit behind bars tonight not for committing a crime, but for minor parole violations. Probation/parole are designed to keep people in prison – not out of it. But we have a chance to stop that. SIGN ?: https://t.co/WSPytVW3Qg@RocNation @ColorOfChange | #FreeMeekMill pic.twitter.com/DeyaxqfwKW

KEYSHIA KA'OIR TO GUCCI MANE: 'I WANT A LIL BOY'

KEYSHIA KA'OIR TO GUCCI MANE: 'I WANT A LIL BOY'