50 CENT TAKES HIS SON FOR A HELICOPTER RIDE AROUND TOWN 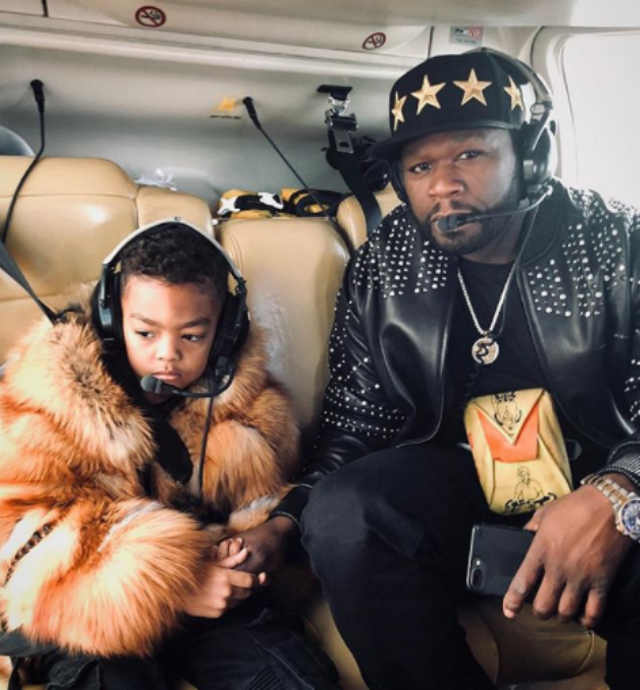 Who’s the boss? Sire Jackson, that’s who! Curtis “50 Cent” Jackson recently shared pictures of his son with social media fans, and Sire is definitely in charge.

One candid was of the youngster looking at his father while being chauffeured around town. Sire gives 50 Cent the look that told the celebrity father and everyone else who was really running the show. “This kid is really starting to think he’s the BOSS,” Fiddy told his Instagram followers.

Another photo was of Sire taking in the beautiful view of the city during a helicopter ride. “Just showing Sire the city,” Curtis told his fans. “The helicopter lifted up, he said hold up give me ya hand.” How cute!

Fifty Cent is getting ready for the release of his latest movie flick, Den of Thieves. The celebrity father stars in the film that focuses on an elite crime unit of the Los Angeles County Sheriff’s Department and its efforts to stop what could be the craziest bank robbery of the decade. Law enforcement has a tip that a group of thieves is planning to rip off the Federal Reserve. It is up the elite unit of officers to thwart such plans and maintain order in the county.

Fifty Cent stars alongside Gerard Butler, Jordan Bridges, and several others who bring the storyline to life. Catch Den of Thieves in theaters on January 19, 2018. Check out Sire’s latest video clip that shows him hanging with dad below!

ROYALTY BROWN DOES HER FIRST BEAUTY VLOG AND IT'S ADORABLE!