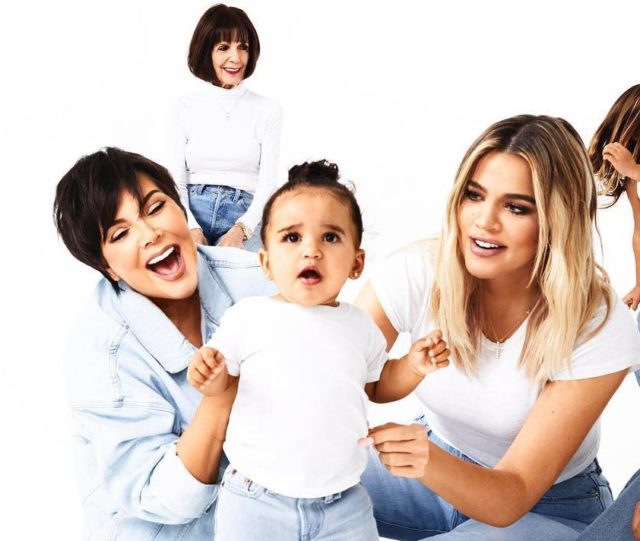 Dream Kardashian is the center of attention for Day 17 of the Kardashian holiday card series. In the photo, Aunt Khloé — who is expecting her first child with Tristan Thompson — and grandma Kris Jenner surround the 13-month-old daughter of Rob Kardashian and Blac Chyna.

Meanwhile, it is said that Rob Kardashian has slipped back into a state of depression. A family friend told PEOPLE that Rob is in “a sad state” and only perks up when it comes to his daughter, Dream Kardashian.

“He only cares about Dream and loves spending time with her, but that’s about it,” the source revealed. “He doesn’t seem excited about anything else,” the insider said.

“He isn’t dating,” the family friend added. “He keeps himself isolate and mostly socializes with his family.”

This has been quite a year for Rob Kardashian. Things pertaining to his family life began going South last year when his then-fiancee Blac Chyna took their daughter and her son, King Cairo, and left the reality star. Rob was taken by surprise and shared a video clip of an empty house. The celebrity father was especially hurt by his ex-girlfriend’s actions because she took the kids around the holidays. “It’s about to be Christmas, and I want to be with my baby,” Rob said in the clip.

Rob later retaliated by posting revealing media of Chyna on both his Instagram and Twitter accounts. Administrators from both social media platforms took down the posts. Twitter allowed Rob to return. Instagram, on the other hand, did not reactivate the reality star’s account.

Dream Kardashian is Rob Kardashian’s only child with Blac Chyna. She celebrated her first birthday a few weeks ago.

Check out more photos from Dreams Holiday shoot below!

TOYA WRIGHT WAS GIVEN A SURPRISE PAMPER PARTY

TOYA WRIGHT WAS GIVEN A SURPRISE PAMPER PARTY