Home » PARENTING » Hot Topic » SHOULD FATHER’S SHARE IN DIAPER DUTY? KEVIN HART “JOKINGLY” SAYS NOT UNTIL THE CHILDREN ARE OLDER

SHOULD FATHER’S SHARE IN DIAPER DUTY? KEVIN HART “JOKINGLY” SAYS NOT UNTIL THE CHILDREN ARE OLDER 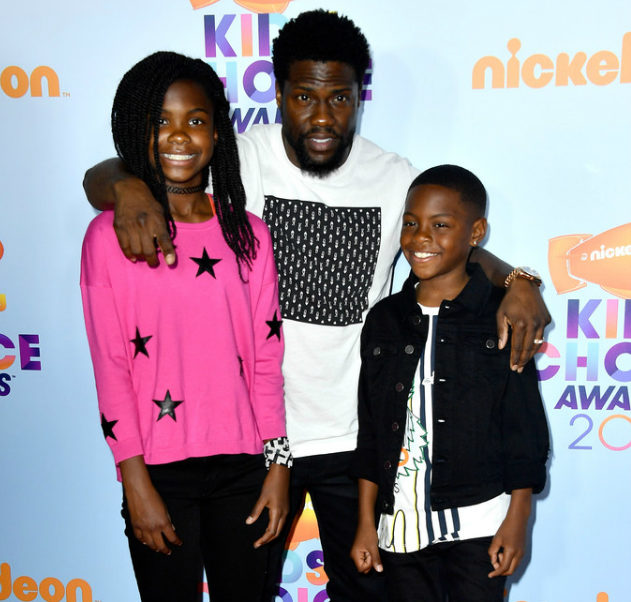 Kevin, Heaven, and Hendrix Hart are all smiles while in the spotlight.

Gone are the days when caring for the children in infancy is strictly considered “women’s work,” or is it?

“Oh, no. Not on my new baby. Not on Kenzo — on my older babies I did and I had tough times doing it,” the actor admitted about diaper duty to Lopez. “With a newborn it’s very tough, they’re fragile, they need a mother’s touch; that’s not a father’s time, so I said, ‘Don’t tag me in ’til me and the baby are on terms of ‘Stop!’ and he can listen to that; I don’t want to deal with that new, new.’ ”

Of course, the Jumanji star got a lot of push back for his comment through out all social media platforms. Joke or not? This brings up a hot topic for debate. Do you think that new parents, both father and mother, should share everything from diaper duty to feedings and beyond? Or should some things still be considered a “woman’s job” when it comes to the children and household.

Check out what the ladies from The View had to say on the subject. Sound off, we want to hear from you on this hot topic!

Hart is also dad to son Hendrix, 10, and daughter, Heaven, 12, with whom he shares with his ex-wife Torrei Hart.