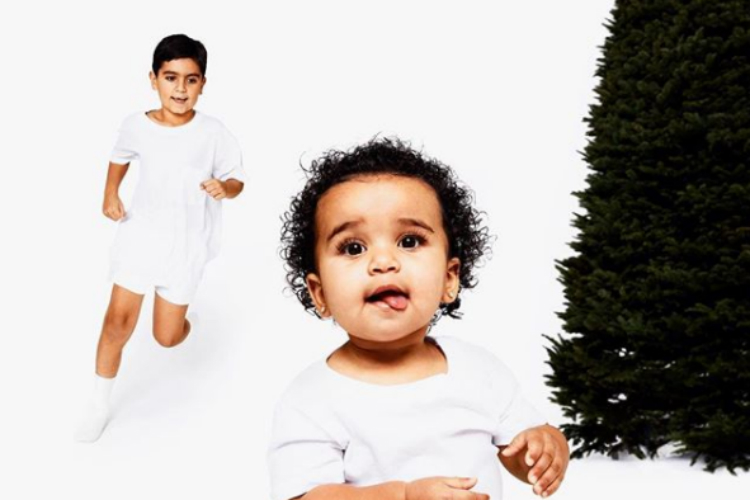 On the ninth day of Christmas, my true love gave to me: Dream Kardashian! The daughter of Rob Kardashian and Blac Chyna made her Christmas card debut in the unique series of pictures meant to serve as the family’s Christmas card season’s greetings.

Dream’s feature, shared by grandma Kris Jenner, was beyond cute as the 1-year-old took center stage in front of Kourtney Kardashian’s oldest son, Mason, in the shot. Dream stuck her tongue out for the perfect shot that also showed a tree to mark the season.

It was just a few days ago that Kim Kardashian showed off her kids, North and Saint, in a series of Christmas photos. The celebrity mom gave a major shoutout to her son on his birthday, which was last Tuesday. “DAY 5- HAPPY BIRTHDAY to my beautiful boy Saint,” Kim exclaimed online. “I love you so much! You don’t even understand!”

DAY 5- HAPPY BIRTHDAY to my beautiful boy Saint! I love you so much! You don’t even understand!!!

Kim delved into the motivation behind this year’s series of pictures during her recent appearance on The Late, Late Show. “This year’s Christmas card is shot really casually,” she revealed. “We’re kind of doing jeans and T-shirts vibe. Really cute. All the kids and so hard to put together,” Kim added. “It’s women and children this year,” the reality star concluded.

No one does Christmas photos like the Kardashians! Stay tuned to see how the famous family continues to celebrate the season.

THE TRAILER FOR 'SPIDER-MAN: INTO THE SPIDER-VERSE' IS FULL OF SURPRISES