Home » NEWS » KEVIN MCCALL TO EVA MARCILLE: ‘I AM DELETING ALL MEMORIES OF OUR DAUGHTER’

KEVIN MCCALL TO EVA MARCILLE: ‘I AM DELETING ALL MEMORIES OF OUR DAUGHTER’ 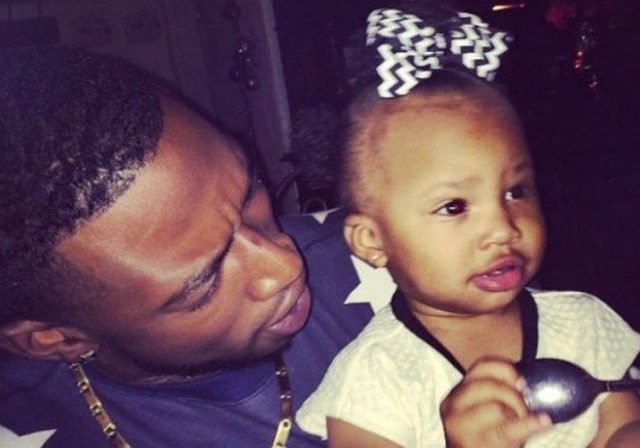 Here’s a bit of drama for your Monday morning. Kevin McCall is distancing himself from Eva Marcille and their daughter, Marley, after it was revealed that Eva and her current boyfriend, Michael Sterling, were expecting a child.

“If you want her so bad you can have her,” Kevin told Eva via Instagram last week. “I am deleting all memories of her,” He said. “I’m not about to play any more games or participate in society’s joke Of a child care program. Me and (my other daughter) Are straight, she will just get double now and f*ck whoever got a problem with it Your opinion ain’t never got me anything this is what it is now.. @EvaMarcille you’re dead to me.”

Kevin reportedly became angry with his ex-girlfriend after Eva made headlines with a surprise pregnancy announcement. The model revealed to PEOPLE that she and former Atlanta mayoral candidate Michael Sterling were expecting a son to arrive in coming months.

“My body felt super weird. I didn’t know what was going on,” Marcille told the media source. “I went to the doctor and because of my symptoms, he decided to do an ultrasound to see if I had any cysts or tumors or fibroids or things of that nature. He did an ultrasound and lo and behold, we were seven and a half weeks pregnant. I was like, ‘What?!’ I was expecting the worst only to find out I was carrying a life.”

Many fans were excited about Eva and her family’s expansion. Kevin, however, took issue with the announcement because he believed that a private meeting with Michael was in order. “She’s a real b*tch for this,” McCall wrote online. He went on to tell Michael, “Stop letting her make you do #politicallyincorrect sh*t or take a private meeting with me, councilman.”

We’re guessing that Kevin never got that private meeting. In any case, Marley is McCall’s only child with Eva Marcille. Stay tuned for more details surrounding the celebrity mom’s expectancy!

A CELEBRITY BABY BLOG: 'REUNITED AND IT FEELS SO GOOD'

MASHONDA AND SON GIVE US A LOOK AT THEIR ORDINARY SUNDAYS

MASHONDA AND SON GIVE US A LOOK AT THEIR ORDINARY SUNDAYS