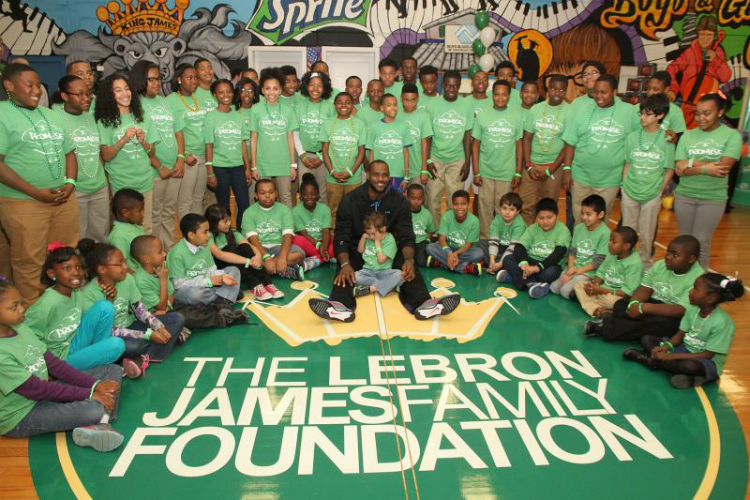 This is exciting. LeBron James has gotten the green light to establish his “I Promise” school in Akron and the educational movement-turned-institution is getting a documentary of its own. How’s that for making serious moves?

“I’ve got a school that’s opening up, a real school that’s going to look after these kids every single day like a real school,” LeBron said on Thursday. “I might be an assistant principal one day, make sure my kids are doing what they’re supposed to be doing. It’s unbelievable.”

LeBron announced his plans to establish a school for third and fourth graders earlier this year. “This school is so important to me because our vision is to create a place for the kids in Akron who need it most—those that could fall through the cracks if we don’t do something,” he said.

“We’ve learned over the years what works and what motivates them, and now we can bring all of that together in one place along with the right resources and experts,” James explained. “If we get to them early enough, we can hopefully keep them on the right track to a bigger and brighter future for themselves and their families.”

LeBron says the school he's opening in Akron is the most important thing he's done as a professional. pic.twitter.com/OvPZAvJTFk

Some of that brighter future will be caught on camera and shown to the world. According to Variety, “Morgan Spurlock’s Warrior Poets and LeBron James’ SpringHill Entertainment are partnering on a documentary series that chronicles James’ launch of a public school for at-risk children in his hometown of Akron, Ohio.”

LeBron and his charitable efforts are definitely winning. Stay tuned for more news about the forthcoming “I Promise” School in Akron. LeBron James is the proud father of three kids.